Dragons: Race to the Edge Episode Review- “Dragon Eye of the Beholder Part I” 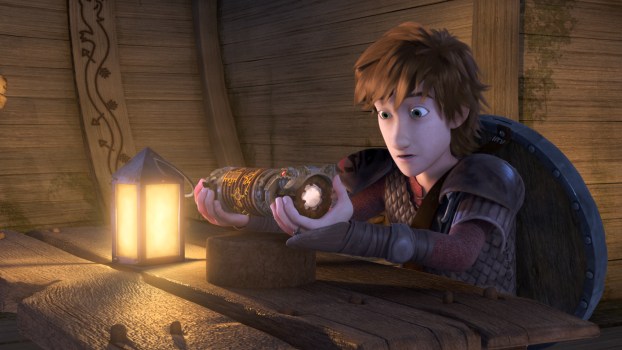 After the success of How To Train Your Dragon 2 (the sequel to the original film released in 2010), it was a time for a new TV series following Dragons: Riders of Berk and Defenders of Berk. The new series was titled Dragons: Race to the Edge instead of airing on TV like the previous series, Race to the Edge was put on Netflix instead.

For those who aren’t aware, Race to the Edge is being released as 13 episodes every six months. 52 episodes are planned in total, meaning at least four batches of 13 episodes are coming. The first batch was released on June 26th.

In my opinion, the first episode really starts off in a good way and was a great opening episode for Race to the Edge. We knew going into the show that the new series takes place a year before How To Train Your Dragon 2, and that’s evident at the start of the episode with Hiccup’s narration as various buildings seen in the sequel are being built, while Hiccup narrates that it has been three years since the war with the Berserkers (Defenders of Berk). This was a really good way to tie both the second film and Defenders of Berk together through Race to the Edge. 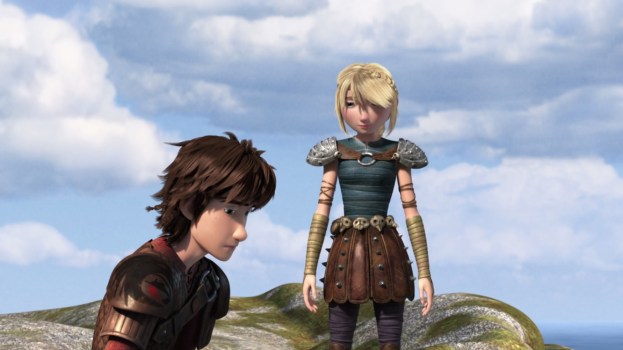 Not only are elements of How To Train Your Dragon 2 already being established, but it’s interesting how most of Hiccup’s friends have moved on and gotten themselves jobs. Snotlout tests out new weapons, Tuffnut and Ruffnut have dedicated themselves to Loki and Fishlegs is teaching kids the history of Berk. We also get a scene where Astrid reveals to Hiccup that she has joined the Berk Guard, leaving Hiccup and Toothless with no one to fly with. The following scene where Hiccup visits the Dragon Academy as the only member who hasn’t quit really showed how far they had come, as well as how disappointing it was to Hiccup that his friends wouldn’t have time to fly with him anymore.

I have to be honest here, I wasn’t the biggest fan of Dagur the Deranged in Riders and Defenders of Berk. David Faustino undoubtedly did a great job as the character (and continues to do so here), but I always preferred Alvin the Treacherous (whose turn to an anti-hero was brilliantly written). That said, I actually prefer Dagur in Race to the Edge. He and his followers escape Outcast Island and I feel like (if possible) his time in prison made him even more deranged which is amusing to watch (and his comment that Hiccup now looks like a ladies man is hilarious). 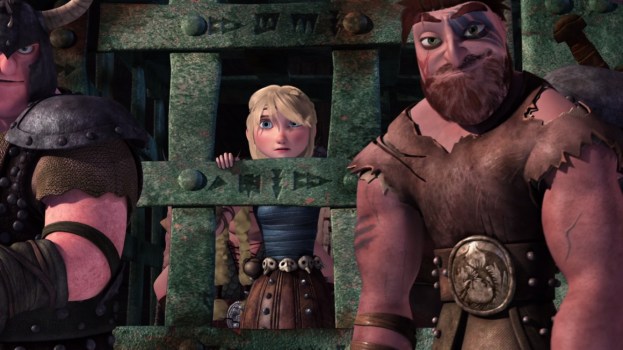 Here’s an interesting note I wanted to make as well- With Netflix, a lot of people have been saying that shows on Netflix can do things (especially scenes that are dark) that they can’t do on TV. A lot of people point to Marvel’s Daredevil series this year as a prime example, but I also feel that Race to the Edge is allowed to be darker than Riders and Defenders of Berk was. The scene where Hiccup and Toothless are walking through the Reaper and see the dragon skulls was very creepy.

In my opinion, the opening episode of Race to the Edge couldn’t have been much better. We see how a number of characters have moved on since the Defenders of Berk season finale and several characters from the previous show return in this episode (including Dagur, Trader Johann, Mulch and Bucket). The main tool to move the story along in Race to the Edge (the Dragon Eye) is discovered and the episode ends on a cliff-hanger with Hiccup having to choose between saving his friends or stopping Dagur.

Fun fact: The character of Mulch was voiced by Tim Conway in Riders and Defenders of Berk, but in Race to the Edge he is now voiced by Tom Kenny.