Fear The Walking Dead Episode Review- “So Close, Yet So Far” 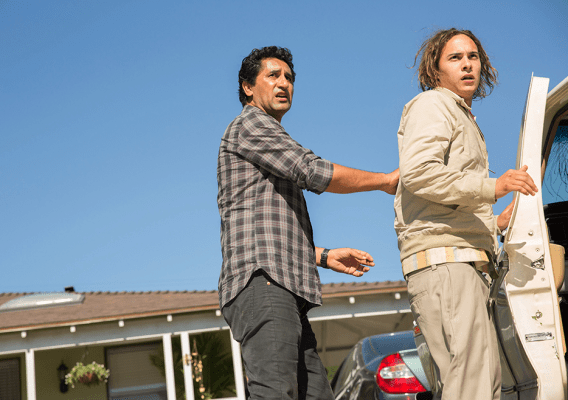 After the solid start that was the pilot episode, the second episode of Fear The Walking Dead picked things up in a big way.

The thing that really stood out me in the episode is how people reacted to things differently (last episode I mentioned how the Walkers look very fresh which contributes to this point) and how very real world elements were used here. The idea of having a protest surrounding a seemingly innocent death (which was really the killing of a Walker) was a great idea to showcase civilisation falling as most have no clue what the person really was. The crowd just saw a “homeless man” being killed and responded to that. Great idea, in my opinion.

Another of my favourite parts in this episode was the team-up in the school of Madison and Tobias. Kim Dickens is a great actress but I didn’t really feel like her character Madison stood out to me in the pilot episode. The second episode changed my opinion on her. Not only because of the team-up with Tobias but because of how conflicted she is and how unsure she is of what’s really going on (like at the end of the episode when she stops Alicia from trying to protect the family that had been partying actress the street). Tobias was a really interesting character in the pilot episode and I’m glad they did more with him this episode, as he clearly is already sort of aware of what’s going on and measures he needs to take to keep himself alive. I’m glad he survived this episode as well and I think he could become Fear’s version of Morgan, i.e. a character who shows up every now and again and is more clued into what is going on. 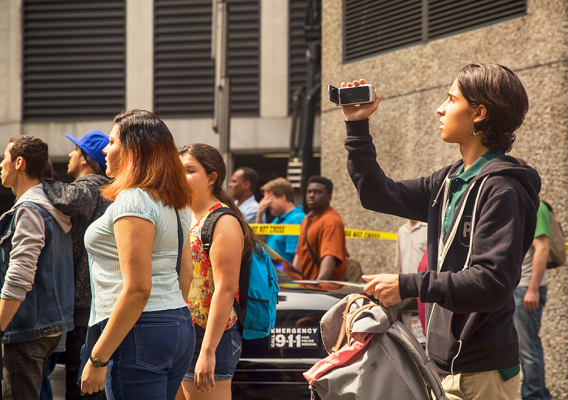 We also get to see more of characters that we only briefly see in the pilot as well as new characters. Two of these characters are Liza Ortiz and Christopher, Travis’ family. They were both developed very well in this episode and it was interesting to see the family dynamic Travis has with them. It’s funny because we see Travis trying to fit into the Clark family and struggling with his old family. Definitely shows the family feel the crew said they were going for before the series began airing.

The episode also features four deaths (including one Walker). In the pilot the last we hear of Matt is that he’s not responding to Alycia’s texts (including a particularly foreshadowing text) and this episode reveals he was bitten off-screen and Travis, Madison and Alycia leave him to turn. Art Costa, the principal of the school featured in Fear, is found reanimated by Madison and Tobias (which leads to a great scene where Madison and Tobias struggle to put him down). It’s funny as there was a small scene in the pilot where I thought Art was going to be found as a Walker when he’s facing his lockers. Possibly foreshadowing again there. The final confirmed death was Peter Dawson. 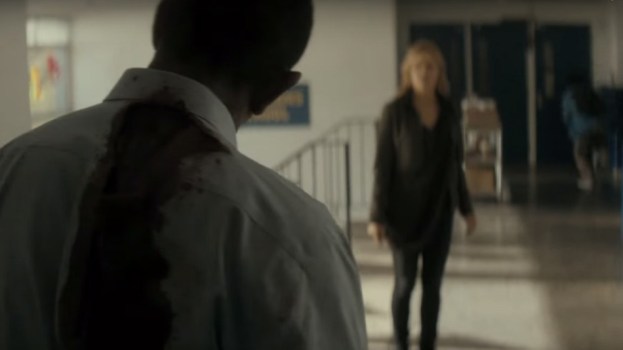 In my opinion, this episode was a perfect follow up to the pilot episode. The pilot episode was a good opener albeit slow but this episode picked up in a big way. We see more of characters introduced in the pilot as well as more Walkers, the virus starting to become more widespread and I thought the idea of the protests was excellent. The second episode definitely sets up an interesting rest of the season with the virus becoming more widespread.