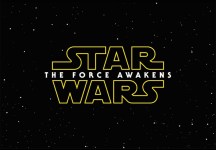 The eyes of Star Wars fans may be on Star Wars Episode VII: The Force Awakens this year, but let’s not forget that we have more Star Wars films to look forward to over the next several years, starting with Rogue One: A Star Wars Story next year.

As a new rumour suggests (though a similar rumour was released earlier in the year), Lucasfilm and Disney may be looking to connect the films in some form. The rumour suggests that The Force Awakens could feature a form of post-credits tease for Rogue One next year (though no clue on whether it could a scene, a trailer etc.).

Post-credits scenes have become more prominent ever since Marvel Studios started using them in their films, but of course we don’t know what kind of tease is rumoured here.

Rogue One: A Star Wars Story will be released on December 16th, 2016. Star Wars Episode VII: The Force Awakens precedes it with a December 18th release this year.

Thoughts on this rumour? Would you like The Force Awakens to have a post-credits tease for Rogue One?