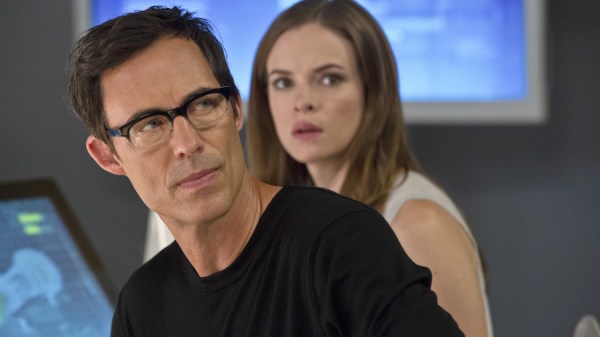 Since the first season finale of The Flash, reports had confirmed that actor Tom Cavanagh would be reprising his role of Harrison Wells in the second season of the popular CW series. This news surprised fans as the Reverse Flash was erased from the existence the Season 1 finale. Now we know how he will be reprising the role.

This makes sense as the Season 1 finale revealed the possibility of a multiverse.

Thoughts on this news? Are you excited to see a different Harrison Wells in the second season of The Flash?