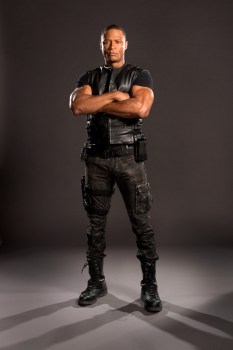 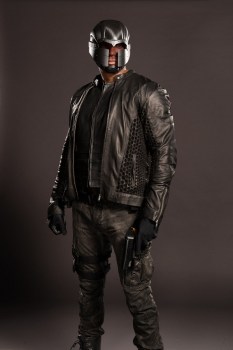 Last week Comicbook.com revealed the first look at John Diggle’s costume which will debut in the fourth season of Arrow, and now additional images of the costume have been released.

DC Comics revealed the detailed look which better shows off Diggle’s costume. The components of the costume include a black t-shirt, leather vest, leather jacket, black army pants, black boots, and a black helmet that reminds a lot of geeks of Magneto.

Thoughts on the detailed look? Are you looking forward to seeing John Diggle sporting this costume in Arrow Season 4?