New Interview Now Up On Our YouTube Channel- Laurie Hymes 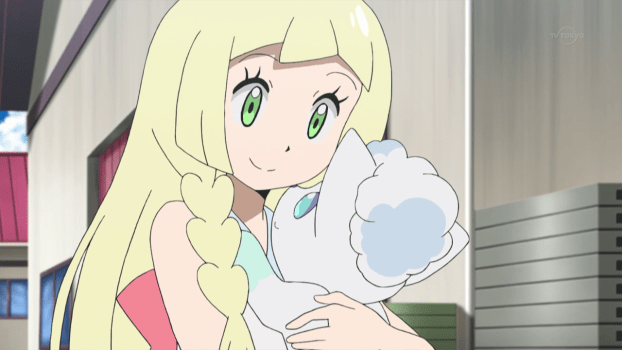 Our interview with actress Laurie Hymes is now up on our YouTube channel!

“Join host Ruari in this special guest interview with actress Laurie Hymes, best known as the voice of Lillie in Pokémon Sun and Moon, Sera in Yu-Gi-Oh!: The Dark Side of Dimensions, Saya in Yu-Gi-Oh! ARC-V, Mable, Raleigh, Moria and Poké Ride Pelipper in Pokémon, Vicky Broomstick in Regal Academy and Alisa in Alisa Knows What to Do. In the interview they talk about how Laurie got into acting, how Laurie was originally cast in Pokémon, whether Laurie was a fan of Pokémon before being cast in the show, what Laurie was originally told about Lillie’s character when she booked the role, Laurie’s experience recording the Pokémon Sun and Moon episode “The Ol’ Raise and Switch!”, whether Laurie found herself getting invested in Lillie’s story-line in the episode, whether Laurie has enjoyed getting to develop Lillie over the course of Pokémon Sun and Moon so far, Laurie’s experience portraying Sera on Yu-Gi-Oh!: The Dark Side of Dimensions, whether Laurie has enjoyed playing Saya in Yu-Gi-Oh! ARC-V so far, the role that Laurie considers to have been the most challenging in her career so far and Laurie’s upcoming acting roles and other projects.”