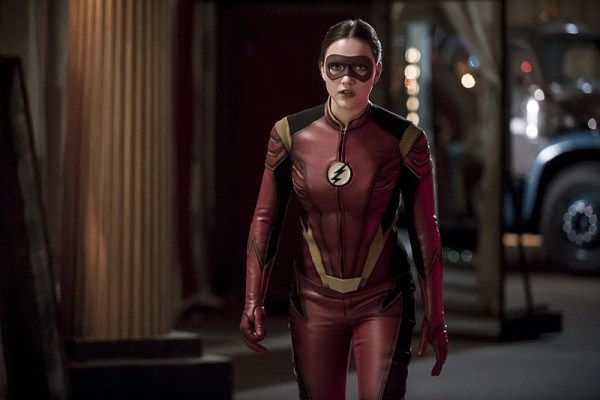 In The Flash episode where Team Flash fought Magenta (Joey King), who the episodes title “Magenta” was named after, Jesse Quick (Violett Beane) showcased super-speed and her father Harrison Wells (Tom Cavanagh) gave her a super-suit of her own. In the following episode titled “The New Rogues,” she wore the Jesse Quick costume when teaming up with The Flash to face Mirror Master (Grey Damon) and Top (Ashley Rickards).

Andy Poon, artist for The CW’s DC Universe, revealed a trio of Jesse Quick costume designs. Each of them slightly differ from the other. Difference include two missing a chest emblem, however it was featured in the final design. Yellow lightning bolts are visible on the sides of the mask for one design. Her collar and mask differ in design. 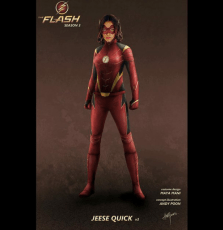 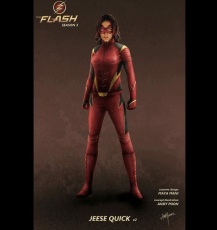 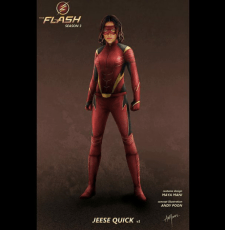 Based on the characters from DC Comics, The Flash is from Bonanza Productions Inc. in association with Berlanti Productions and Warner Bros. Television, with executive producers Greg Berlanti (Arrow, Supergirl), Andrew Kreisberg (Arrow, The Flash), Sarah Schechter (Arrow, DC’s Legends of Tomorrow) and Aaron and Todd Helbing.

What are your thoughts on the alternate Jesse Quick costume designs? Would you have preferred to see any of them used in the show?

Check out our interview with Violett Beane below: