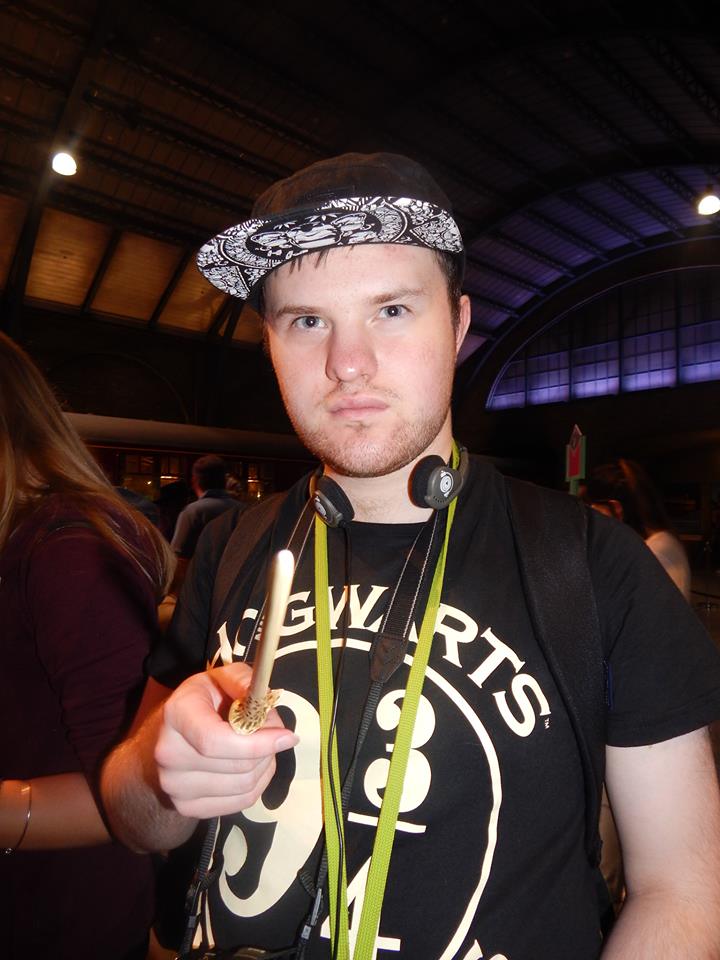 Everything Geek Podcast founder and celebrity contact Ruari Williamson has been a Star Wars fan for all of his life. While he is a fan of other notable geek passions as shown in his fandoms, it was thanks to Star Wars that Ruari first discovered fandom and has led to his numerous involvements in fandom. The Everything Geek Podcast may be his biggest contribution in fandom to date, but he had previously been a part of other podcasts (including previously being the secondary host and celebrity contact on the Star Wars podcast The Voice of the Republic Podcast, a former co-host on other Star Wars podcasts including Clone Wars Weekly and SWAG 77 and hosting the Star Wars Clone Wars Basic Action Figures Podcast for a short time). He also acts as an assistant to autograph signings company Echo Base Media and once ran the SeparatistDestroyers YouTube channel for collecting reviews. Ruari currently studies Journalism/Media at Rathmines College in the Republic of Ireland and is delighted that the Everything Geek Podcast has become a part of the media (with numerous celebrity agents considering the podcast part of the official press).

Ruari submitted an essay on fandom for his college in March 2015 and subsequently did a presentation on the essay in April 2015.

Star Wars, Harry Potter, James Bond, The Walking Dead, Doctor Who, Marvel, DC, The Vampire Diaries, The Big Bang Theory, Star Trek, Game of Thrones, Narnia, Percy Jackson, Call of Duty, The Wolf Among Us, How To Train Your Dragon, Pokemon and Yu-Gi-Oh.

Graham Kavanagh is a co-host on the Everything Geek Podcast and also serves as the lead host on the companion podcast, Everything Geek Comic Cast. Graham will be fanboying about Comics, Doctor Who, Halo and the Batman: Arkham video-game series, so if you’re looking for content pertaining to these then you’ll know he’s around.

Also, if you’re a Nightwing fan be sure to get in touch with Graham as he can teach you a thing or two. 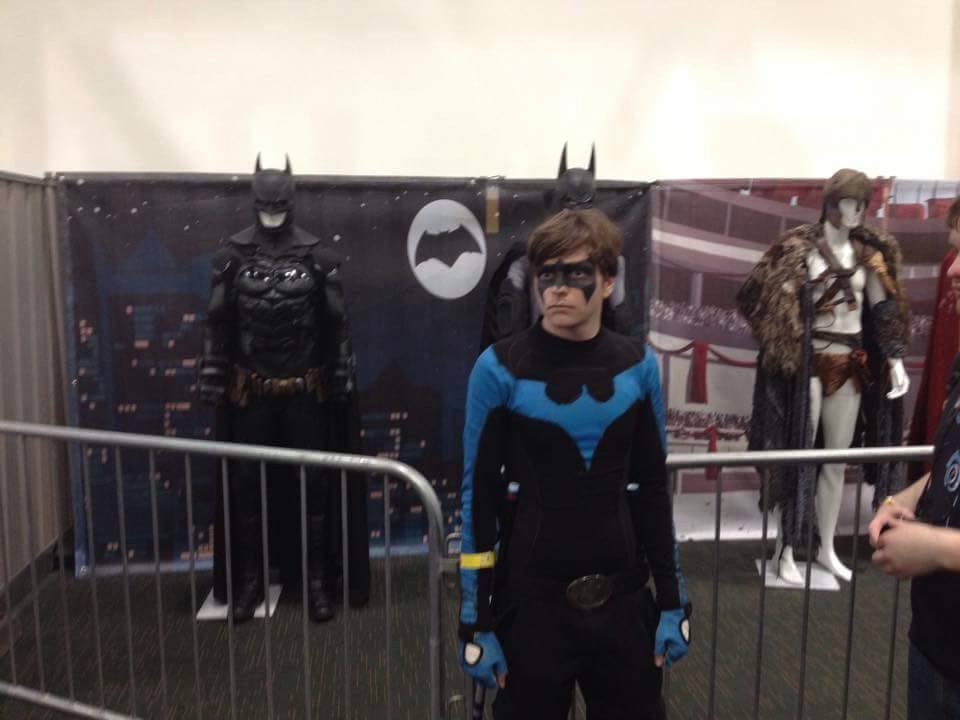 Máirín Byrne first became involved with fandoms after seeing The Avengers and immediately dedicating a few weeks worth of Tumblr posts to Loki and Tom Hiddleston. From there, she discovered many new fandoms through Tumblr and is very glad that she did. Everything Geek Podcast was her first major involvement with fandoms but she hopes to get involved with more areas of fandom in the future.

Sherlock, Doctor Who, The Walking Dead, Disney, How To Train Your Dragon, Tolkein fandom and the Marvel Cinematic Universe.

Co-Host of Everything Geek Podcast, Editor and Writer 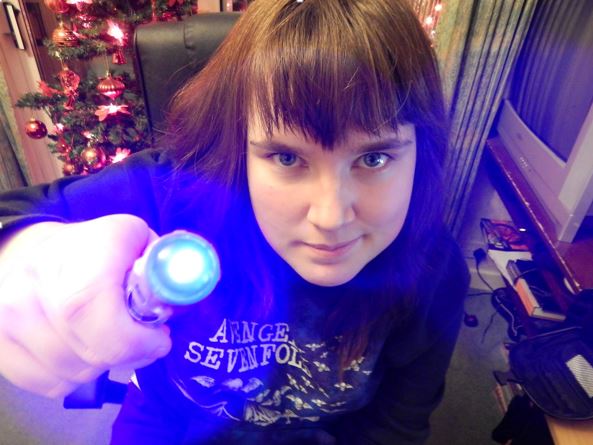 Lawron Pinson lives in Atlanta, Georgia in the United States of America and loves all things geek. His first connection with anything geeky started by getting into comic book movies at a young age and he grew up loving everything about them.

However, it was in 2008 that Lawron really became part of the geek world when he began watching a show called Star Wars: The Clone Wars. After following the show for its first three seasons, he had fallen completely in love with it. His love and passion for the show became so much that later that year, before the next season began, he went on Facebook and sought out other Facebook pages and fans who he believed might love the show as much as he does. Through Facebook, Lawron discovered that many fans of the show were out there. However, there weren’t very many Facebook pages that were dedicated to giving those fans a fun way to stay connected and updated on the show.

Considering this, Lawron decided to take it upon himself to begin a page that would give such updates on the show. Just after a few short months, the page began to do quite well, gaining a few hundred followers – After about a year, the page had grown to a couple thousand followers and some of those followers and friends had become quite close to the page and would frequently visit it.

Fun fact: One such follower was Ruari Williamson, who you all know as the founder and lead host of the podcast! 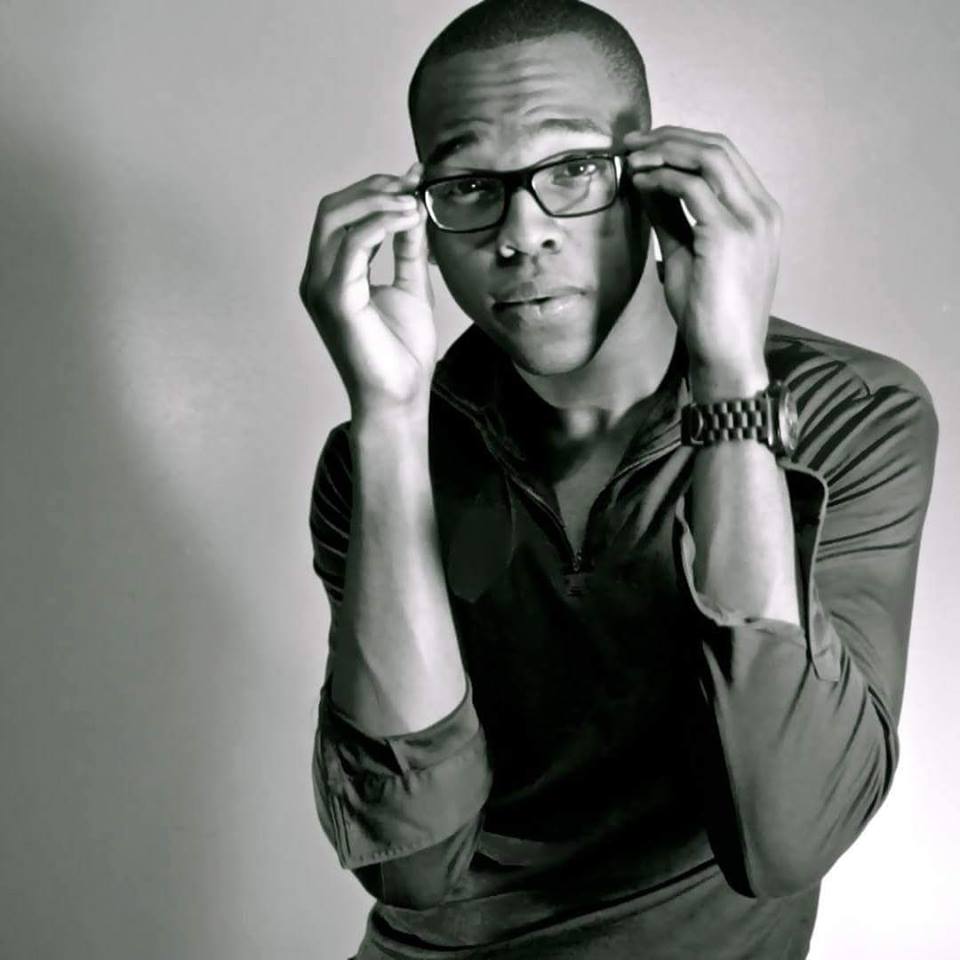 Al Basharu enjoys reading Comics first and foremost and catching up on the TV shows he regularly watches, including Game of Thrones, Arrow, The Flash, Agents of S.H.I.E.L.D and The Walking Dead. He also reads a lot of Manga and loves watching Anime shows. Al believes he isn’t a big movie buff unless a Superhero flick is on when he aims to be the first in line. Outside of fandoms, Al tries to keep a healthy lifestyle, from eating healthy to jogging, swimming and playing football during the week.

Al firmly believes we get inspirations from all sorts of things and we use these things to improve ourselves. His first inspiration was the Man of Steel himself, Superman. As he knows, he can’t shoot lasers from his eyes but he has always been completely captivated and engaged by how powerful Superman is and how he is still striving to do the right thing. Al thinks it’s a great way to approach life and doesn’t believe there is any greater inspiration than Superman.

List of fandoms: Game of Thrones, The Walking Dead, Marvel, DC, The Wire, The Legend of Korra, Pokemon, Naruto, One Piece and Bleach Hunter x Hunter.

Co-Host of Everything Geek Podcast, Video-Game Walkthroughs and Writer 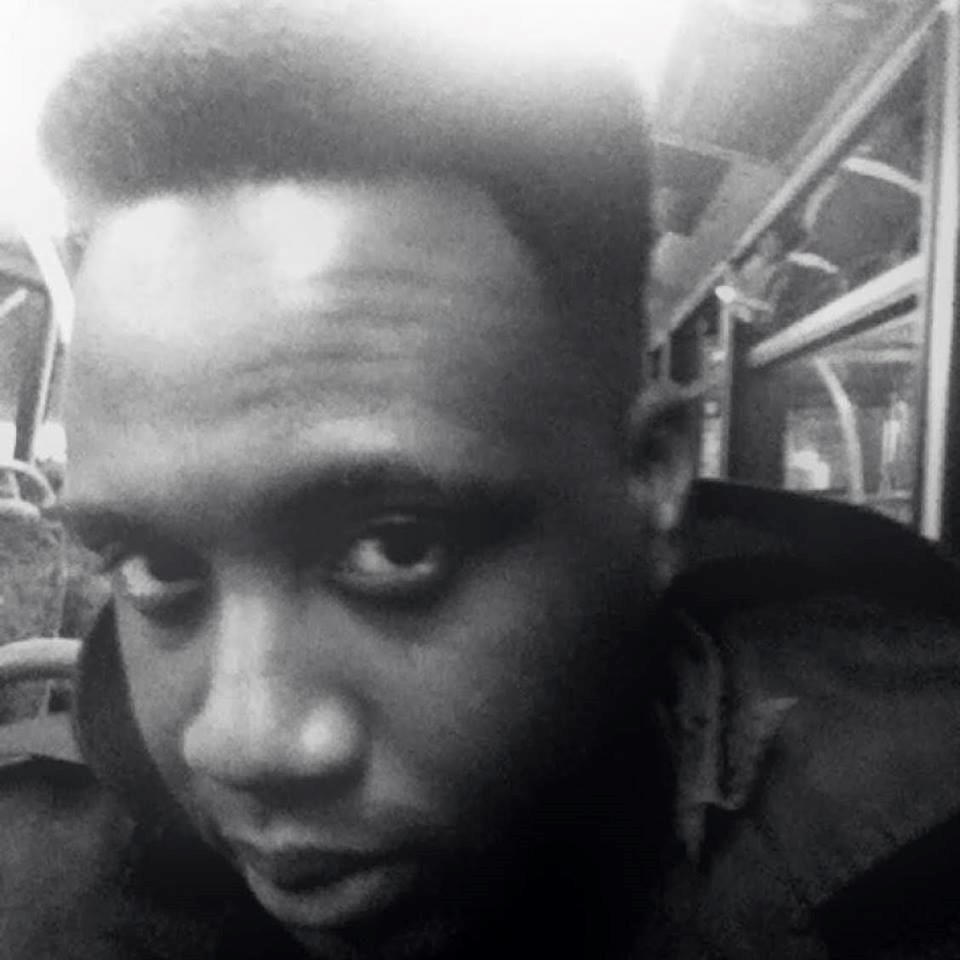 Dan Georgiev cannot remember a time when he was not in discussions about one franchise or another. He remembers that his earliest interactions with people in fandoms were through various forums and websites where he loved to share his thoughts and opinions on one subject or another. Things really changed for Dan when he created his first Youtube account Dan Grievous and Facebook came into existence. Back in the beginning of 2007 he began posting tributes to things he loved as a fan.

Dan is grateful to Facebook as he believes it changed everything and made interactions with people from all fandoms much easier. Dan was on Facebook when Star Wars: The Clone Wars was airing and he joined a small Facebook group called The Star Wars Underworld. The group grew from a small group to a giant venture that includes a Facebook page, a very informative website and a great podcast. As a result of joining their group, he was able to meet a large number of people with similar interests. He then joined various other pages and groups that were connected to or he found because of The Star Wars Underworld. The Star Wars Underworld is how Dan first encountered our podcast founder Ruari Williamson. Dan has since been part of several Star Wars themed podcasts, a collecting podcast and he eventually became a co-host and guest banner editor on the Everything Geek Podcast.

Co-Host of Everything Geek Podcast, Guest Banners and Writer 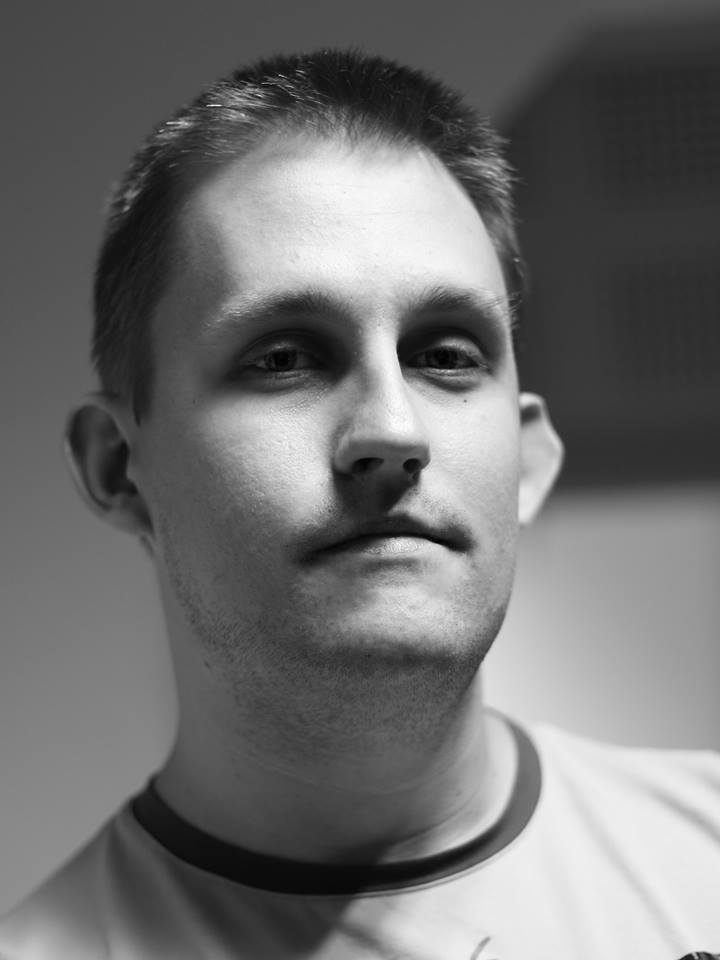 Daniel Schofield is from the United Kingdom and came into the geek scene at a later age than most people, however once he had seen and fallen in love with Star Wars he never looked back. Daniel became a major part of the geek community when he set up the Star Wars podcast The Voice of the Republic Podcast back in 2012, which he and Everything Geek Podcast founder Ruari Williamson hosted prior to the setting up of EGP. The Voice of the Republic Podcast was originally intended to just be Friday night Skype conversations with Daniel and Ruari discussing their love of Star Wars but ended up becoming a regular podcast for people involved with Star Wars to be interviewed.

List of fandoms: Star Wars, Doctor Who, The Walking Dead and Game of Thrones.

Co-Host of Everything Geek Podcast, Guest Logos and Writer 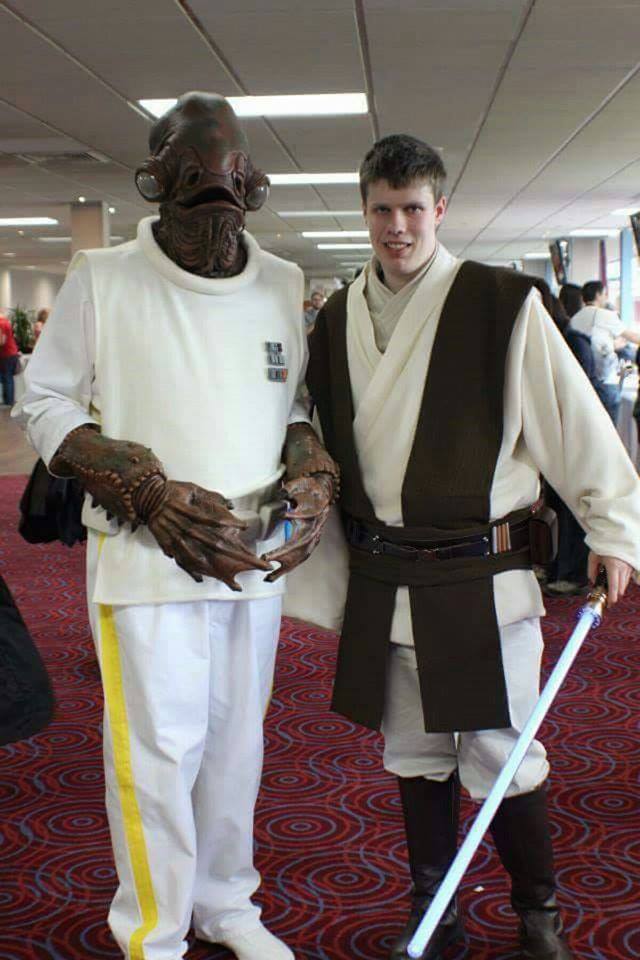 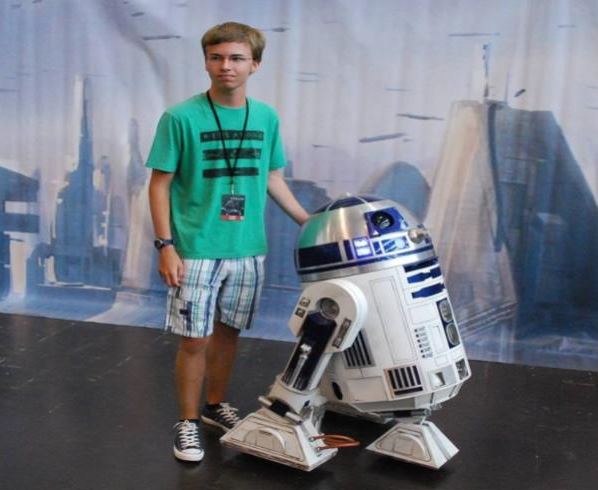 George Quinn (Gab) first became a fan of something when he was very young during the late 1990’s when he Star Wars Episode VI: Return of the Jedi for the first time. Since then, the Star Wars franchise has always had a very special place in his heart as well as playing a large role in shaping who he is now.

George became a part of the Star Wars fandom during the running time of the second season of Star Wars: The Clone Wars’ when he came into contact with other fans of the show on Youtube. This led to him joining a wide variety of different fandom groups on Facebook. 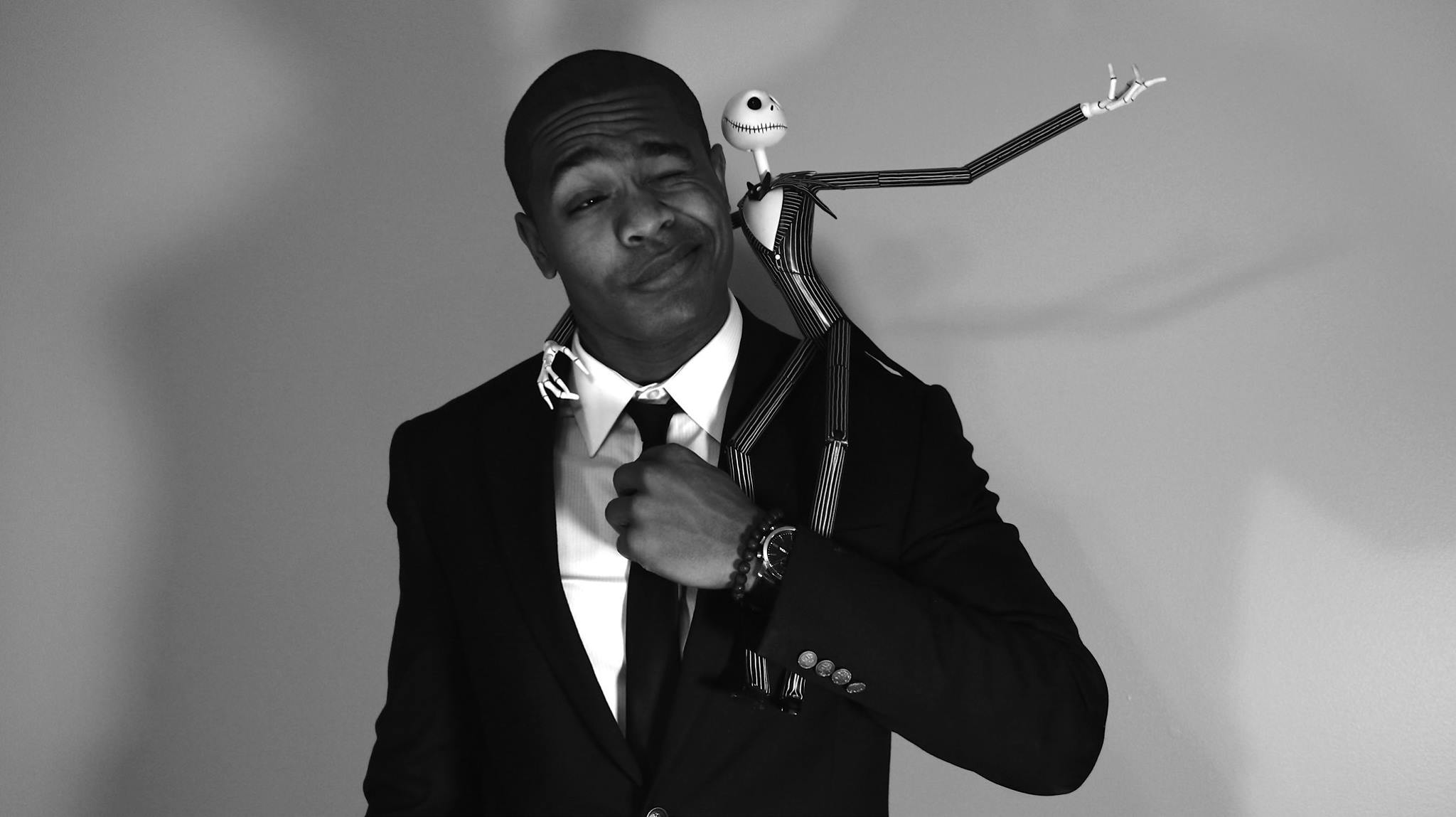 Lawrson Pinson is currently based in Atlanta, Georgia and is a passionate fan of anything geek. Ever since he can remember, Lawrson has been a fan of comic books and films that highlight the various aspects of humanity though storytelling.

Since joining the Everything Geek Podcast thanks to his brother Lawron, Lawrson has only had the opportunity to attend a few podcasts but he has loved every minute of it and considers it a blast to be part of the podcast. Lawrson believes that founder Ruari Williamson has made the podcast skyrocket and is continuing to run the podcast with class and professionalism while it continues to get bigger. As an independent filmmaker and screenwriter, Lawrson has found our podcast to be the perfect home to draw inspiration from.

Mathilde Machuel runs a Facebook page, Star Wars Design, where she posts all of her t- shirt designs and has been posting new designs for two years. She has worked for numerous pages and podcasts which include the Everything Geek Podcast, The Voice of the Republic Podcast and The Wolfpack Podcast.

Mathilde hopes to share and give you insight into all of the Star Wars and Marvel content you can find at Disneyland Paris, including the Star Wars land which will be coming in the future.

Star Wars, Harry Potter, Pirates of the Caribbean, The Lord of the Rings, The Hobbit, Back to the Future, Disney universe, Sherlock, Game of Thrones, Star Wars: The Clone Wars, Star Wars: Rebels, Once Upon A Time, The Big Bang Theory and Indiana Jones.

Co-Host of Everything Geek Podcast, Artwork and Writer 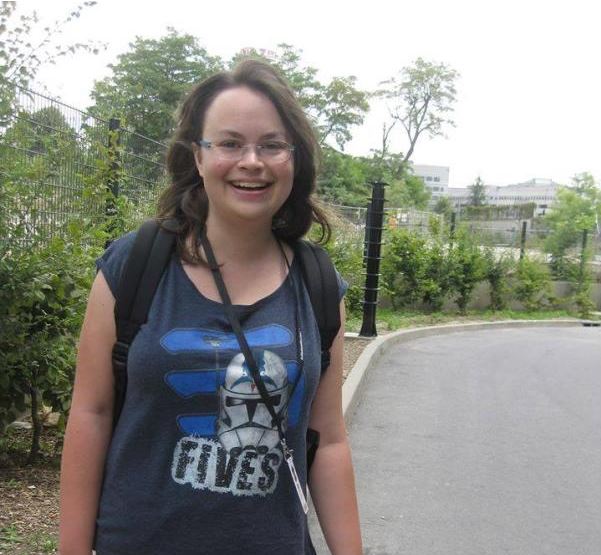 Jake Long is a long time comic fan having read comics since he was approximately seven years old, with his particular focus on comics being DC and Marvel. His favourite film series is The Lord of the Rings trilogy and his current involvement in fandom is Via Domus films.

List of fandoms: The Lord of the Rings, DC and Marvel.

Co-Host of Everything Geek Comic Cast and Writer 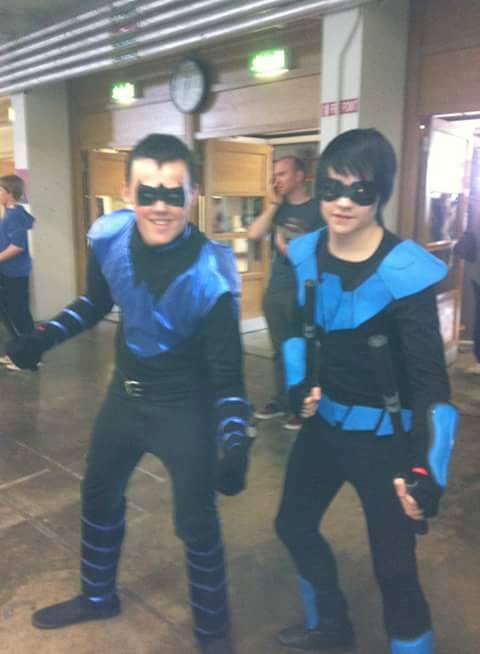 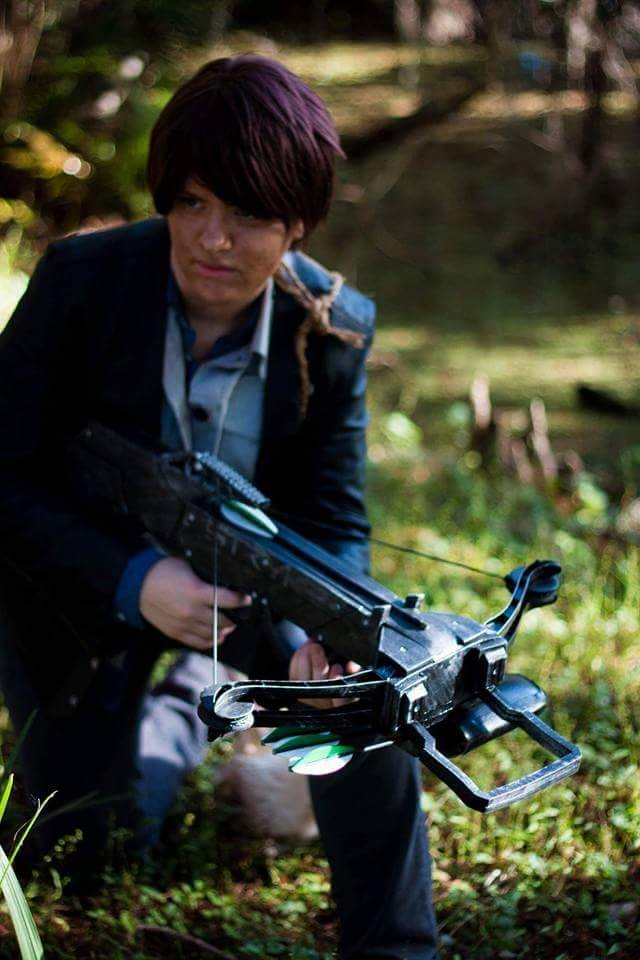 Ashleigh Stewart has been surrounded by comic books for a long time and they have been a big part of her life ever since she was little. Ashleigh grew up watching comic book movies and TV shows, reading comics and collecting comics/superhero related collectibles. Cosplaying is one of Ashleigh’s favourite hobbies and she attends numerous conventions throughout the year.

Co-Host of Everything Geek Comic Cast, Convention Reporter and Writer 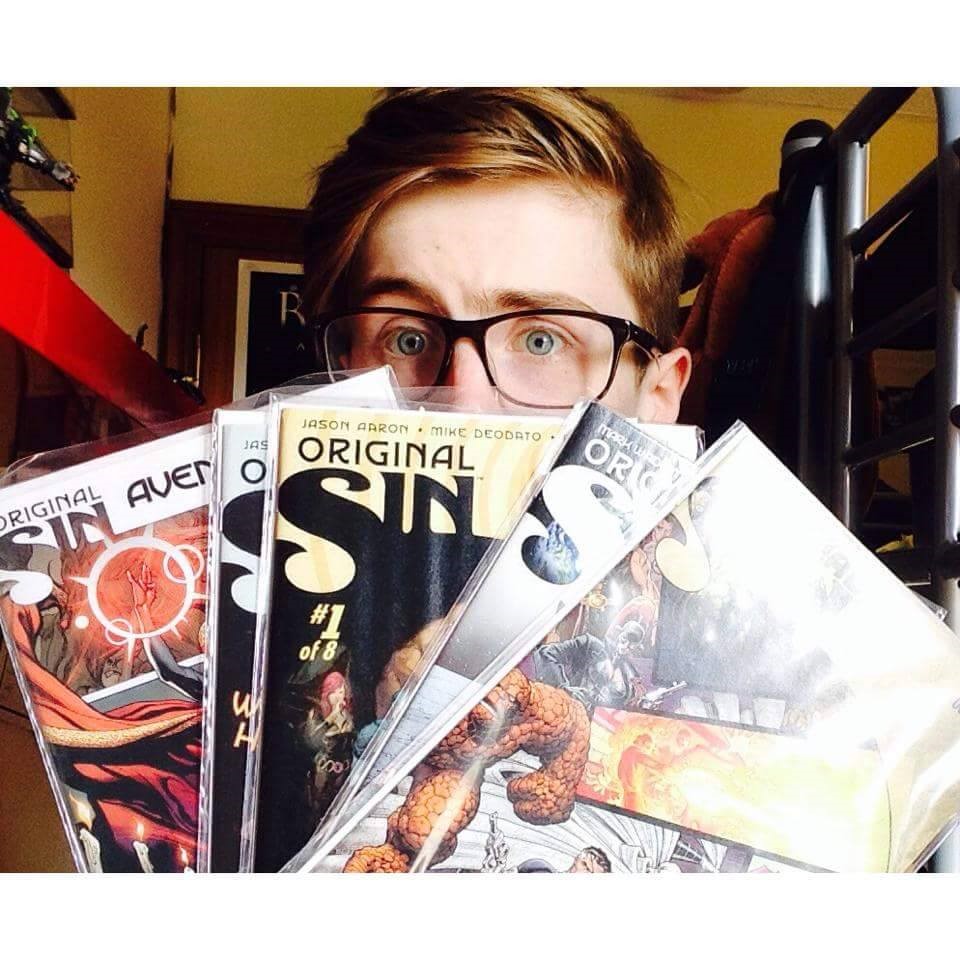 Joel Barr grew up loving comics and that love has stayed with him for all of his life. A moment that stands out to Joel was when he was first offered the chance to play Batman: Arkham City, having never played an Arkham Game before, and ending up completely falling in love with the Arkham series. Joel looks forward to sharing and discussing ideas and speculations with all of you concerning the comic universe.

Co-Host of Everything Geek Comic Cast and Writer