The release of the next James Bond film Spectre looms closer every day. However, ahead of the film we have some potentially bad news to report…

Daniel Craig has indicated that Spectre could end up being his last James Bond film. Mr. Craig said the following to Esquire:

“I really don’t know. Honestly. I’m not trying to be coy. At the moment I can’t even conceive it. At this moment, no. I have a life and I’ve got to get on with it a bit. But we’ll see.”

It had been rumoured before that Craig was contracted to do at least one more Bond film after Spectre, but whether or not he decides to do another will be up to him.

Daniel Craig has been playing the role of James Bond for nearly ten years, starting with Casino Royale (2006) and following that with Quantum of Solace (2008) and Skyfall (2012). Spectre will mark his fourth appearance as the character (the same number as his predecessor Pierce Brosnan did in his run).

Thoughts on what Daniel said? Would you be disappointed to see him leave the role of James Bond? 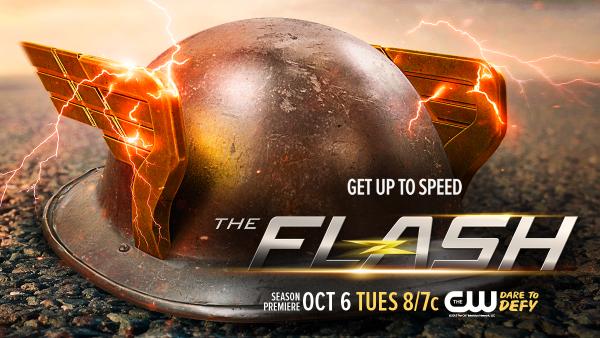 Many fans of The Flash were excited to learn that Teddy Sears had been cast as Jay Garrick recently. Now, The Flash fans have more to get excited about as The Flash’s Twitter account has posted a teaser image featuring Garrick’s iconic helmet.

This is the second tease of Jay Garrick appearing in The Flash after an image was released which re-created the iconic comic book cover of “Flash of Two Worlds”.

Thoughts on this tease? Are you excited to see Jay Garrick in The Flash? 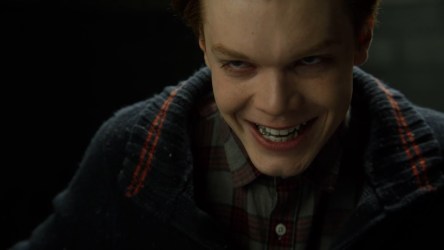 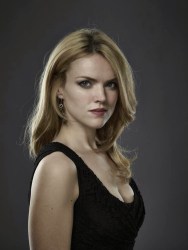 A new promo for the upcoming second season of Gotham has been released titled “Damned If you Do”.

The promo features the first meeting between Barbara Kean and Jerome, both of whom will start the season in the Arkham Asylum.

Thoughts on the promo? Are you looking forward to seeing more of Barbara and Jerome in Gotham Season 2? 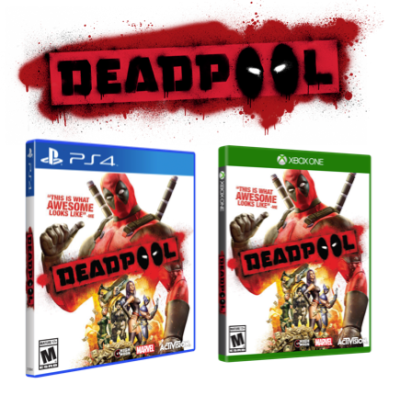 The re-release of the game on current generation consoles will be available November 17th and can be pre-ordered already at the link below:

The Deadpool game was originally only released on the PC, Xbox 360 and PlayStation 3.

Thoughts on this news? Are you going to play the re-release of the Deadpool game on current generation consoles? 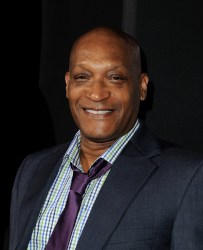 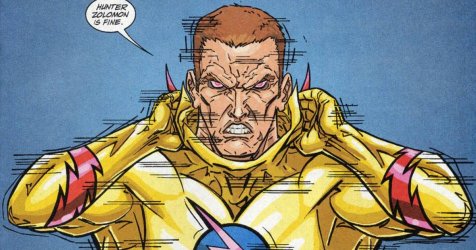 Actor Tony Todd has been cast as the voice of Zoom in the second season of The Flash.

Todd, best-known as the title character in the Candyman film series among many other roles, will first appear as the voice of Zoom in the second episode of the season which is titled- “The Flash of Two Worlds”.

Executive producer Andrew Kreisberg had the following to say on the casting:

“Last year, with the Reverse-Flash, we just modulated Tom Cavanagh’s voice, and this year we wanted to do something a little bit different. Part of the mystery of the season is who or what is underneath the Zoom outfit, and so we wanted to do something like James Earl Jones as Darth Vader — this iconic voice coming out of this mask. Last year, we thought of the Reverse-Flash as a speed warrior; this year, Zoom is like a speed demon, and no one does demon-voice better than Tony Todd.”

The comparison to Darth Vader is very interesting as this confirms that Tony is definitely only the voice of the character. Another actor will be playing the character in the suit (much like Dave Prowse was in the Darth Vader suit).

“For us, the best villains are the ones who don’t have megalomaniacal ‘I want to rule the world’ motivations. Last year, the Reverse-Flash had a very simple goal which was, ‘I just want to go home, and if people need to die or cities need to get wasted for me to get that, so be it.’ And Zoom has a very similar, personal goal this season- simple and easy to understand, and very primal. And just as with Wells last year, Zoom doesn’t care who gets hurt or what gets destroyed in the service of him getting his goal.”

“We have to service the entire audience, both the fans and the non-fans, and I think we’ve shown up until this point a great deal of respect and reverence for the source material, so that we always feel like we’re fulfilling the comic book fans’ expectations while also not spoon-feeding them stuff directly from the comics. So the story of Zoom and who and what he is- hopefully comic book fans will be happy because we’ve come up with a clever way to spin the tale, but that also makes it exciting for the people who aren’t as familiar with the comics and are just enjoying the show on its own terms.”

Thoughts on this casting? Are you excited to hear Tony Todd as the voice of Zoom in The Flash Season 2? 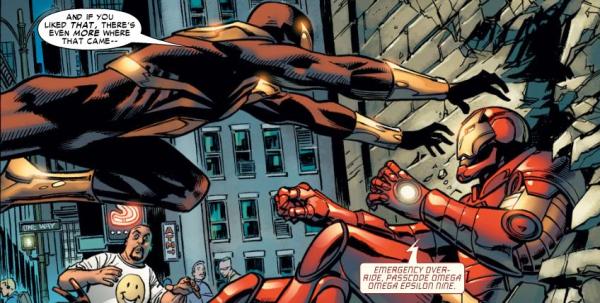 Readers of the Civil War comic series know how significant Tony Stark and Peter Parker’s relationship was, with Spider-Man starting off on Iron Man’s side in the conflict. As a result of joining The Avengers, there were numerous perks for Peter (including an apartment in Avengers Tower and learning under Tony Stark). However, the most notable contribution Stark did for Peter was to give him a new armoured suit.

While we may (or may not) see the suit adapted into the Captain America: Civil War movie, a new rumour has been released on what we could see Tony Stark give to Peter Parker instead.

Potential spoilers for Captain America: Civil War follow so this is your SPOILER alert warning.

The rumour suggests that instead of building an armoured suit, Tony Stark will design the web shooters that Spider-Man uses.

“When we first meet young Spider-Man, Peter Parker will be a hero using only things a teenager has access to while Stark has the capability of making more “hero ready” suits (he has a line about making the Avengers “look cool” in Age of Ultron).”

Thoughts on this rumour? Would you like to see Tony Stark design Spider-Man’s web shooters?

Bill Murray may have played Dr. Peter Venkman in the original Ghostbusters films, but he has passed on doing a Ghostbusters 3 for a long time. Therefore, it should come as a surprise to a lot of people that Bill opened up about appearing as a cameo in the upcoming Ghostbusters reboot and why he agreed to make a cameo.

“You know, they were incredibly nice to ask me, and I really enjoyed being there.  They have such a jolly group, and they are going to have great success with this project. I didn’t want to overshadow [them] or anything, and I feel really good about it. “I like those girls a lot. I mean, I really do. They are tough to say no to. And Paul is a real nice fellow.”

“I thought about it for a very long time. Like, many, many months. No, that’s not right. I was seriously thinking about this for years, really. It kept eating at me, and I really respect those girls. And then I started to feel like if I didn’t do this movie, maybe somebody would write a bad review or something, thinking there was some sort of disapproval [on my part].”

The Ghostbusters reboot is released on July 15th, 2016.

Thoughts on Bill’s reason? Are you looking forward to seeing his cameo in the Ghostbusters reboot? 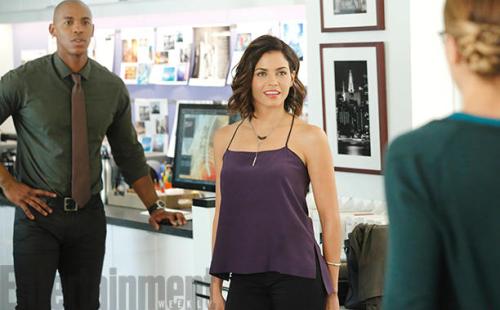 Lucy will be a regular recurring character in Supergirl, with her first appearance coming several episodes into the first season of the show.

Lucy will reportedly befuddle the romance that is stirring between Supergirl and Jimmy Olson.

Executive producer Ali Adler had the following to say on the character:

“We hope to explore the history that Lucy has with James Olsen—or, as Lucy knows him, Jimmy Olsen. I think we’re going to bring in her father. She not only plays a romantic foil with whatever Kara and James are brewing, but people will also be surprised that she’s really a woman’s woman. She and Kara develop their own friendship, too. We’re not just bringing her in to purposefully create tension. She serves a larger story drive.”

Thoughts on the first look at Jenna as Lucy Lane? Are you excited to see her as a regular recurring character in Supergirl? 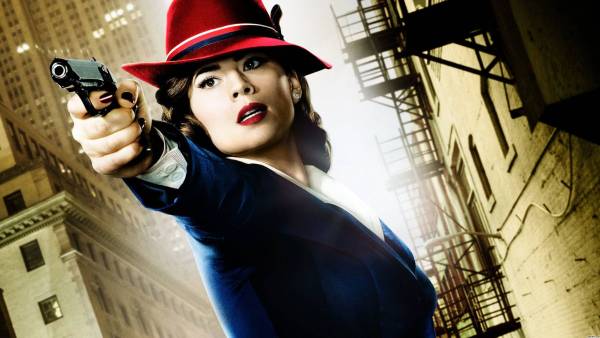 The second season of Marvel’s Agent Carter series has begun filming, as revealed by lead cast member Hayley Atwell, Peggy Carter in the series and the Marvel films.

“Marvel’s Agent Carter returns for a second season of adventure and intrigue, starring Hayley Atwell in the titular role of the unstoppable secret agent for the SSR (Strategic Scientific Reserve). Dedicated to the fight against new atomic age threats in the wake of World War II, Peggy must now journey from New York City to Los Angeles for her most dangerous assignment yet. But even as she discovers new friends, a new home — and perhaps even a new love — she’s about to find out that the bright lights of the post-war Hollywood mask a more sinister threat to everyone she is sworn to protect.”

Thoughts on this news? Are you looking forward to the second season of Agent Carter? 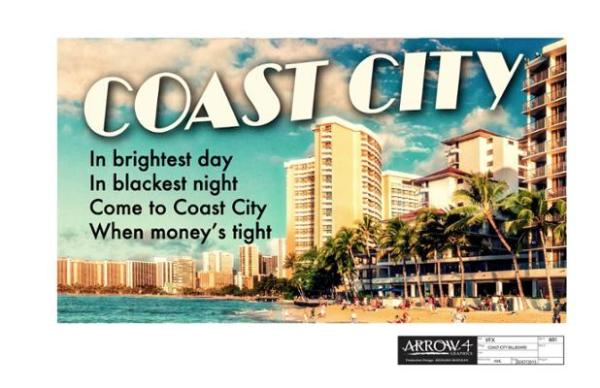