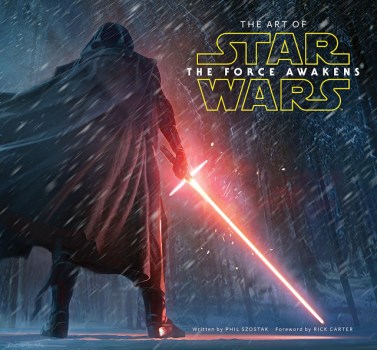 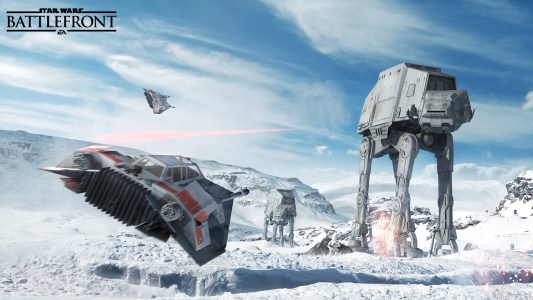 The release date of the next Star Wars Battlefront video game looms closer now that we’re in mid-September (with the game scheduled for release on November 17th), and now EA have revealed a new mode for the game: “Drop Zone”.

Several new modes that will be included in Battlefront have been revealed recently with this being the latest.

EA have described this game mode with the following:

“Drop Zone” is described as a King of the hill-style “action-filled, tactical mode” that involves several drop pods falling on to the map. The match pits eight Imperial players against eight Rebel players who must fight for control of these pods. Players must locate and capture five of the pods, or a majority of them once the ten minute match ends. If one pod becomes highly contested, changing teams multiple times, another pod will be sent down, forcing each team to capture both pods, thus ending the stand off.

Once a pod is captured, it will provide power ups to players. Other tools will also be at your disposal, such turrets and Viper Droids (which point out the source of enemies), which can be dropped on the fly. Drop Zone will be available to play on planets such as Hoth, Sullust, Tatooine and Endor.”

Lead level designer Dennis Brännvall also described a part of the mode in the Endor map:

“Playing Drop Zone on the Swamp Crash Site on Endor is a personal favourite. The map has a couple of nice choke points but is overall very free-flowing and hectic, as enemies can attack from anywhere on that level. The fight takes place around a crashed GR-75 transport ship with containers from the craft strewn across the landscape, and there’s one section with a waterfall overlooked by a Ewok village, where you have to jump down into the pool below in order to claim the pod, hoping no one’s hiding in the trees above waiting to pick you off.”

Thoughts on this mode? Are you looking forward to playing it in Battlefront? 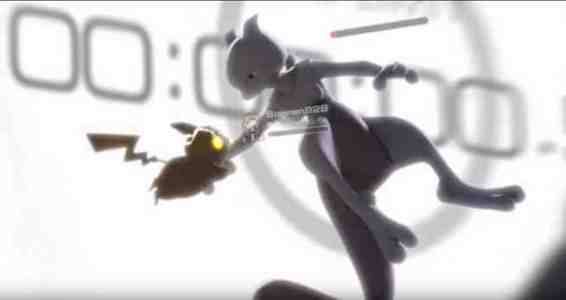 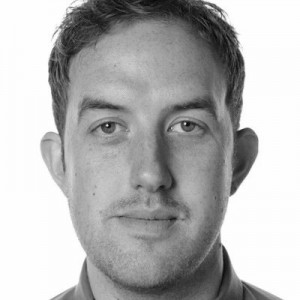 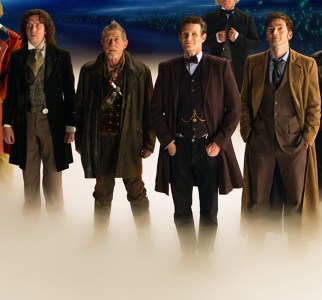 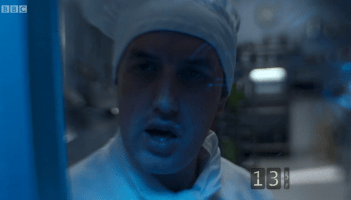 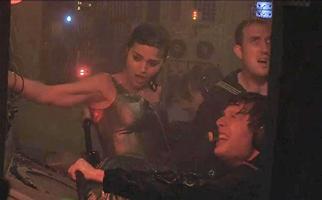 Rumour- Rebecca Ferguson is Being Considered for Captain Marvel 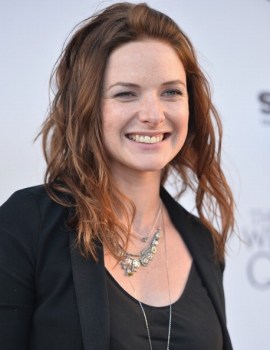 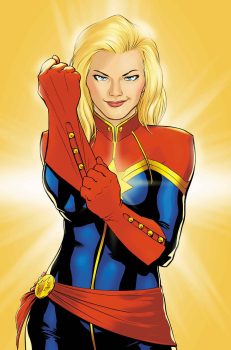 Captain Marvel will be the first female-led Marvel film when it’s released in late 2018, and therefore Marvel will be looking to cast the lead role very wisely. A new rumour has being released on an actress who is being considered for the title character.

Rebecca Ferguson stood out to many viewers in her role as Ilsa Faust in this year’s Mission: Impossible- Rogue Nation, so it’s no surprise that a company like Marvel is already thinking about hiring her to play an important character.

No confirmation has been made on whether or not Marvel has offered her a contract yet.

The Captain Marvel film will officially be released on November 2nd, 2018.

Thoughts on this rumour? Would you like to see Rebecca Ferguson play Captain Marvel?

Rumour- Details on the Possible Main Adversary of Suicide Squad 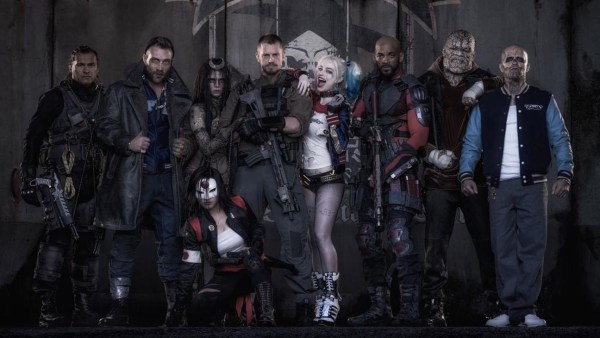 Even though most fans have presumed that The Joker will be the main villain of next year’s Suicide Squad film, a new rumours that this may not be the case.

The new rumour indicates that Enchantress (played by Cara Delevingne) could really be the main villain of the film.

The rumour suggests the following about how Enchantress could be the villain- “Enchantress goes insane with magical power following the death of her brother. She then sets off to perform a ritual to resurrect her brother, which could end up destroying the world if the Squad doesn’t stop her.”

Thoughts on this rumour? Could you see Enchantress as the main villain of Suicide Squad? 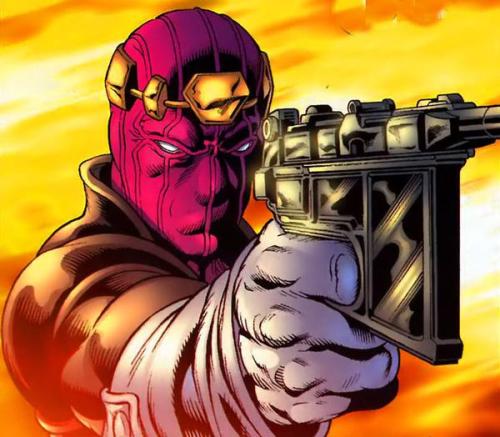 While the main story of Captain America: Civil War will focus on the opposing sides of the superhero conflict (Team Captain America and Team Iron Man), there will be a major villain in play during the film. While we knew the character and the actor playing him were cast for this film, it hadn’t officially been confirmed that he would be the main villain of Civil War until now.

“Brühl is an incredible actor and he’s playing the main villain in it, and he’s incredible! It’s a movie about people as opposed to robots this time. So it’s darker and it’s allowed to be darker because it gets more in the mindset of humans rather than machines.”

Thoughts on this news? Are you looking forward to seeing Baron Zemo in Captain America: Civil War? 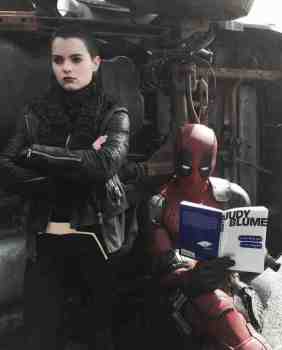 Actor Ryan Reynolds (who plays the title character in next year’s hotly-anticipated Deadpool movie) has tweeted a new picture from the film.

The Deadpool movie will officially be released on February 12th, 2016.

Thoughts on the image? What are you most looking forward to in the Deadpool film? 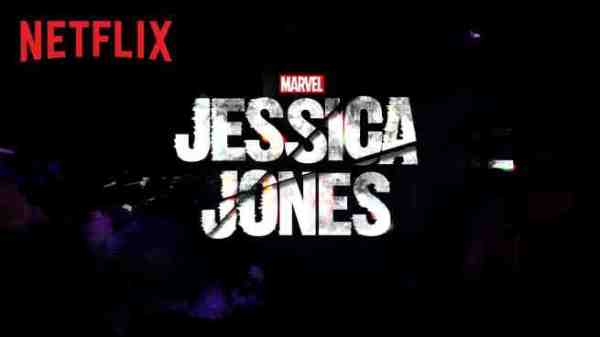 A premier announcement trailer for the Jessica Jones series has been released by Netflix and Marvel Television.

The trailer doesn’t feature much actual footage from the series (instead hinting at multiple elements that will be in the series), but it does reveal that all of the episodes will be released on Netflix on November 20th.

“Ever since her short-lived stint as a Super Hero ended in tragedy, Jessica Jones has been rebuilding her personal life and career as a hot-tempered, sardonic, badass private detective in Hell’s Kitchen, New York City. Plagued by self-loathing, and a wicked case of PTSD, Jessica battles demons from within and without, using her extraordinary abilities as an unlikely champion for those in need… especially if they’re willing to cut her a check. In this new collectible volume, go behind the scenes into the world that brings the story of Jessica Jones to life. Packed with stunning production photography, as well as exclusive interviews, this deluxe companion reveals the details of the set and script of Marvel’s AKA Jessica Jones through the eyes of its makers.”

Thoughts on the trailer? Are you planning to watch the Jessica Jones series?

The Flash- A Closer Look at Jay Garrick Released

The CW has officially released a closer look at Jay Garrick in the second season of The Flash.

Garrick is a fan-favourite character from the comics who will be making his debut on the show in the second season.

The picture is somewhat blurry but is still a good look at the character and should get fans of The Flash very excited. 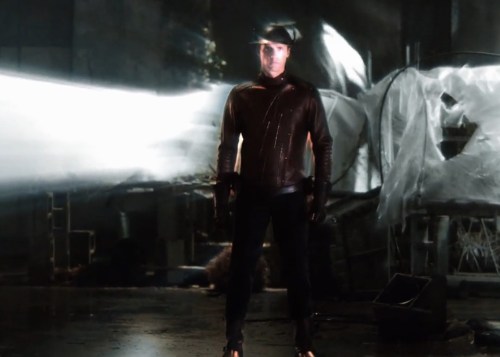 Thoughts on the closer look? Are you excited to see Jay Garrick in The Flash?