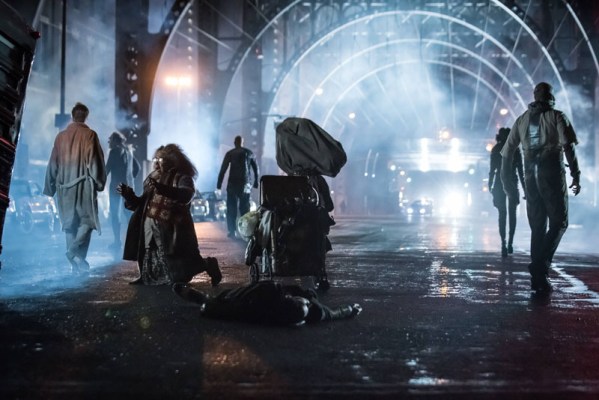 Drew Powell (Butch Gilzean) has revealed the titles of the first two episodes in the third season of Gotham.

The reveal came when Powell tweeted an image of the first two scripts for the upcoming season. You can view the scripts below: 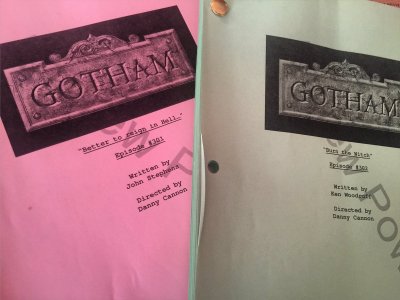 The Season 3 premiere episode is titled “Better to reign in Hell…”. The following episode is titled “Burn the Witch”. Danny Cannon is directing both episodes. Cannon has previously directed the episodes “Pilot”, “Selina Kyle”, “All Happy Families Are Alike” and “Damned If You Do”.

“On Season Three of Gotham, the origin story continues and the stakes are higher than ever, as Super-Villains more ambitious and depraved are introduced, and a realignment of alliances shakes up the fight for power in Gotham City.”

The third season of Gotham will premiere on Monday, September 19th.

Thoughts on the episode titles? Are you looking forward to the third season of Gotham?