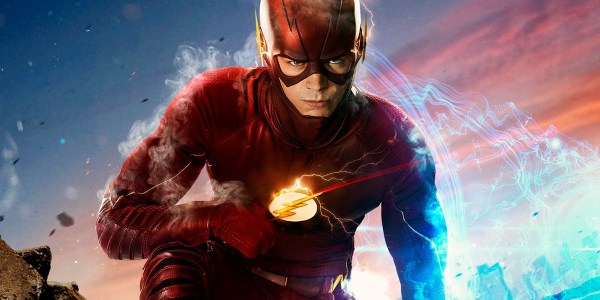 Series lead Grant Gustin (Barry Allen/The Flash) has revealed the episode title for the third season premiere of The Flash.

The third season premiere of the hit series from The CW will be titled “Flashpoint”. Gustin revealed the title on Twitter after receiving permission from producer Greg Berlanti.

FLASHPOINT. This is not drill. https://t.co/nzq2NJh9pl

A description of the Flashpoint event in DC Comics can be read below:

“Flashpoint” is a reference the major DC Comics event series of the same name. Flashpoint, written by now DC Entertainment Chief Creative Officer Geoff John and drawn by Andy Kubert, takes place in an alternate DC Universe timeline where Bruce Wayne is dead, Thomas Wayne is Batman, there is no known Superman, and New Themyscira and Atlantis are on the brink of war. The only one who remembers the true DC Universe timeline is Barry Allen, who is shocked to discover that his previously deceased mother, Nora Allen, is alive in the new timeline. The big twist comes when it is revealed that Barry created the Flashpoint universe by travelling back in time to prevent the Reverse-Flash from killing Nora. Barry’s attempt to undo his previous action and restore the original timeline ends up being a catalyst for the creation of the New 52 DC Universe.”

Fans have speculated that the Flashpoint event was coming since the second season finale episode “The Race of his Life” aired.

The third season of The Flash will begin airing later in the year.

Thoughts on the title? Are you looking forward to the third season of The Flash?