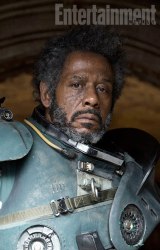 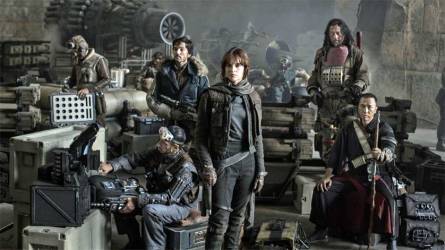 Forest Whitaker’s (The Shield, Ghost Dog: The Way of the Samurai, The Last King of Scotland, The Butler, Taken 3) character in Rogue One: A Star Wars Story has officially been revealed.

Whitaker will be playing Saw Gerrera, a character first seen in the animated series Star Wars: The Clone Wars. Rogue One will mark the first appearance of an animated character from The Clone Wars in live-action with Whitaker’s portrayal of Saw Gerrera. Gerrera appeared in the shows Onderon arc in the fifth season. More recently, he has been referenced in the animated series Star Wars: Rebels and the novel Bloodline.

Whitaker’s portrayal will have a visual homage to Saw’s look in The Clone Wars. EW states:

“The eyes are different — the animated show featured vivid aquamarine eyes, while Whitaker’s are brown — but they maintained the scar that slices up over his left eye. (In the cartoon, it bisects the eyebrow, but in the live-action film, the cut arches just above it.) In this new image of Whitaker, he also looks fairly different than what we first saw in the trailer. Here, he has a full head of hair, while in the previous footage he was shaved.”

“Consider him kind of a battered veteran who leads a band of Rebel extremists, He’s on the fringe of the Rebel Alliance. Even [they] are a little concerned about him…. He’s off on his own.”

Whitaker’s role had been shrouded in secrecy for a long time, even though he appeared and had a line in the trailer.

Thoughts on this news? Does this make you even more excited to see Forest Whitaker’s performance in Rogue One: A Star Wars Story?