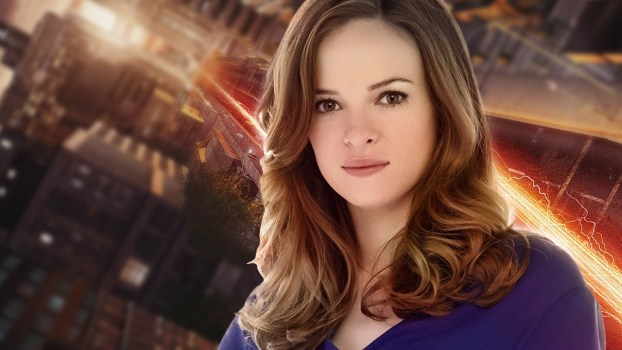 While most of the excitement from fans of The CW’s The Flash series is to see the effect Grant Gustin’s Barry Allen has had on the timeline after saving his mother Nora Allen, there may be other mother related story-lines coming on the third season of The Flash. The mother of Caitlin Snow (played by Danielle Panabaker) may be appearing in the third season of the show.

Executive Producer Andrew Kreisberg recently stated that fans should be excited about Caitlin Snow’s upcoming story-lines. He talked about how Panabaker doubled up as both Caitlin and Killer Frost last season which led to his tease about Caitlin’s mom making an appearance.

“We haven’t met Caitlin’s mother yet. We got a little talk between the two women, which will probably play out in Season 3.”

In the second season we saw a scene where Caitlin and Killer Frost had a conversation about their respective parenting issues. Little is known about Caitlin’s family but Killer Frost did let slip that she had a brother on Earth-2. This means that Caitlin could discover that she has a brother too.

Kreisberg then went on to applaud Panabaker’s work on the Killer Frost scenes, with actor Tom Cavanagh (Harry Wells) adding:

“She put in a 17-hour day in two cells. The table read was great because there were these volleys back and forth, where the voice would change. It was Danielle talking to Danielle, but it was tremendous to watch. And then, you put her in that outfit. There’s always a lot of stuff going on, but she was phenomenal with it. She was loving every minute. It was really, really impressive to watch.”

The third season of The Flash will begin airing later this year.

Thoughts on this report? Are you hoping to see more of Caitlin Snow’s back-story in the third season of The Flash?