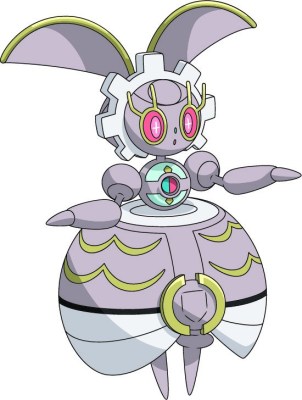 Nintendo have officially revealed the 722nd Pokémon- Magearna. Magearna, an “artificial Pokémon”, will make its debut in this years’ Pokémon movie.

A description of the Pokémon can be read below:

“Magearna was created by humans 500 years ago and stores some sort of mysterious power within its body.”

No details on Magearna’s stats or abilities have been announced, but it’s speculated to be a steel/fairy hybrid.

This years’ Pokémon movie is titled “Volcanion & The Ingenious Magearna” in Japanese, featuring Ash and Volcanion reluctantly teaming up to rescue Magearna from a corrupt minister from an artificial Azoth Kingdom.

It’s rumoured that Magearna is part of the next generation of Pokémon games, as there is no data on it in the X and Y games.

Thoughts on the mythical Pokémon Magearna? Are you looking forward to seeing it in this years’ Pokémon movie?