Report- The Walking Dead Season 6 Midseason Premier Has Over 1,300 Walkers 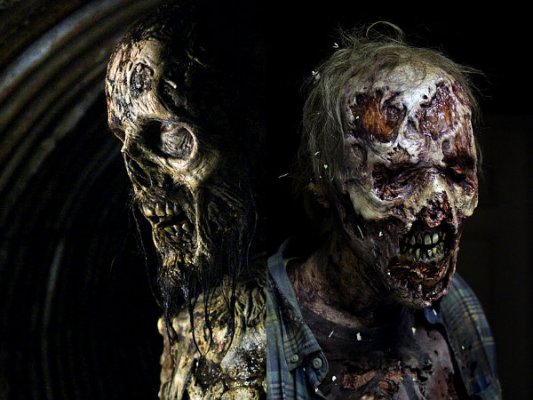 The Walking Dead returns on Sunday with the episode “No Way Out”, the mid-season premier of the show’s sixth season. The episode will reportedly set a new record for the most amount of Walkers shown in an episode of the show at over 1,300 Walkers.

The record was previously held by the Season 6 premier episode “First Time Again”.

Executive producer and zombie guru Gregory Nicotero (who is also directing the mid-season premier) is quoted as saying the following:

“It’s a very fascinating moment for Rick, and to put him in a situation where they have to manoeuvre through the herd. The record that we had established in episode 1 of season 6 will already be broken in this episode in regards to the number of walkers and the number of kills. It’s the action movie version of The Walking Dead. With reshoots and with additional photography and things, I think we were over 1,300 walkers for episode.”

The sixth season of The Walking Dead resumes this Sunday on AMC.

Thoughts on this report? Are you excited to see this number of Walkers in an episode of The Walking Dead?