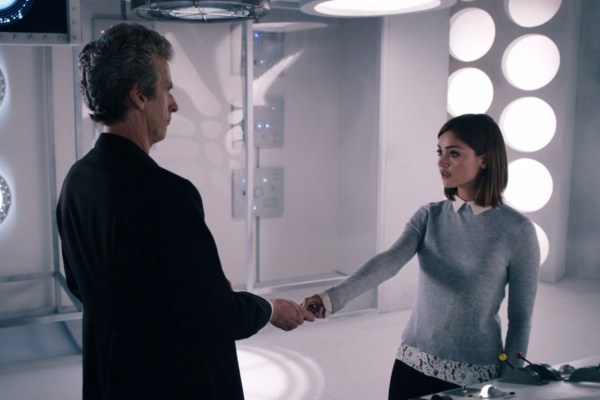 The Series 9 finale of Doctor Who sees The Doctor return to Gallifrey, Clara Oswald briefly make a return to the world, the return of the Time Lords and the debut of a new sonic screwdriver.

I always say that I like to get my criticisms out of the way first (a recurring theme on the podcast) so I’ll be getting into my criticisms of this episode right away. As I’ve said before, Clara Oswald was one of my favourite Doctor Who companions and I was really sad when she died in “Face the Raven”. However, I feel like she took away from this episode in time that could have been used to focus on other aspects. For example: We really (when you think about it) don’t see that much of Gallifrey and the Time Lords, which is unfortunate considering this is the first episode since “Day of the Doctor” to feature them- where we learn that the planet was frozen in time.

A number of fans criticised the decision to turn The Master into a female character (Missy) in the previous series. The criticism was as a result of a Time Lord changing genders when regenerating, which some fans didn’t like. However, I think it turned out to be an excellent move and I think Missy definitely has a lot of The Master’s characteristics. This episode features another male-female regeneration, but the regeneration of The General into a female was handled poorly in my opinion. With Missy there was relevance to the plot and story the writers were going for, but I felt that The General’s regeneration was forced into the story and unnecessary (plus removed outstanding actor Ken Bones from Doctor Who). I honestly feel that if the writers wanted this regeneration they should’ve had a reason for it happening. I have nothing against the idea or male characters regenerating into females (or vice versa) as long as it’s relevant to the plot.

In regard to Clara, while I think her return took away from other aspects of the episode, the writers are able to explore a more heartfelt and sad ending for the character with the scenes of The Doctor and Clara in the restaurant. We see how The Doctor will do anything to keep Clara alive but (in a shocking twist) ends up losing his memories of Clara because of the things he does in the episode. Clara’s final moments on Doctor Who show her and Ashildr (who makes another return) travelling away in a TARDIS which The Doctor had stolen. 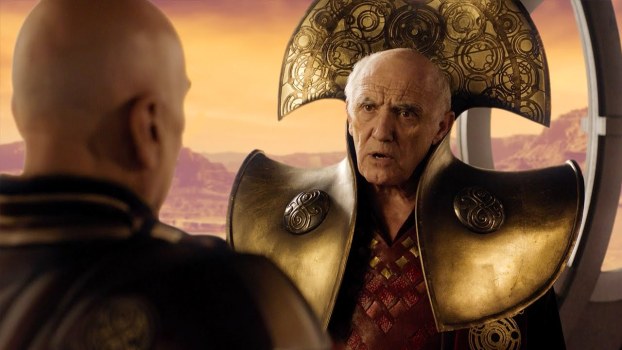 A number of characters return in this episode. Lord Rassilon returns (and is quickly banished from Gallifrey) and The General returns (and is quickly killed and regenerated). The writers did an excellent job of exploring The Doctor’s anger at the Time Lords and it was interesting to see The Doctor acting as the president of Gallifrey, albeit briefly. Ohila and the Sisterhood of Karn also return, and as mentioned above Ashildr returns as well.

The episode concludes with The Doctor entering his TARDIS and receiving a new sonic screwdriver. While The Doctor flies off into space, Clara and Ashildr are flying in the same area on their TARDIS. 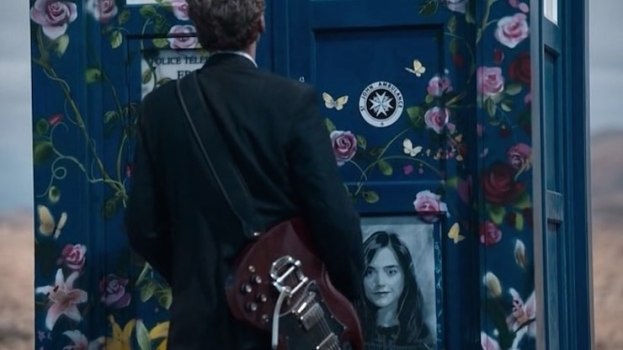 In my opinion, this was a very good episode of Doctor Who. While it had its flaws with Clara taking away from other aspects of the episodes and The Genera’s forced regeneration, it doesn’t take away from a solid episode. Clara gets another good send-off and it was nice to see Gallifrey and Lord Rassilon again, though both should have been featured more. I’m looking forward to seeing more of The Doctor’s new sonic screwdriver.