The latest episode of Pokémon XY reveals how Clemont and Bonnie met Bunnelby, the only Pokémon that Clemont had on him when he met Ash Ketchum at the start of the XY series.

I thought the decision to have an episode reveal the back-story behind Clemont and Bonnie meeting Bunnelby was an excellent decision. Ever since Clemont was revealed to be the Lumiose City gym leader (a gym that uses electric-type Pokémon) I’ve wondered why the only Pokémon we originally see him with was a normal-type. This episode explains everything.

This episode takes place between two other important events for Clemont and Bonnie (being kicked out of the Lumiose City gym by Clembot and Clemont and Bonnie meeting Ash) so it was interesting to watch an episode with them on the road before they meet Ash.

The episode focuses on Clemont and Bonnie looking to help Bunnelby and its friends protect its home (a train) from an area that is being torn down, while the group is also targeted by a wild Diggersby. The Diggersby was an interesting addition to the episode. Even though it started off on the wrong side, it was nice to see it get a good redemption story by the end of the episode. It started off against Bunnelby and its friends but after Bunnelby left it became the leader of that group. Certainly an interesting twist. 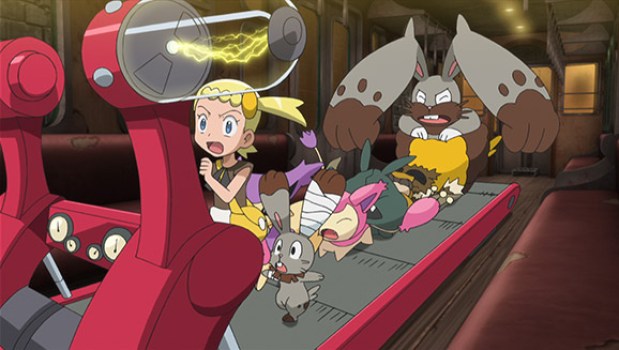 I really liked the narrative technique in this episode. Similarly to a recent episode of The Walking Dead, the episode begins and ends with a scene in the present, and is structured in between with scenes from the past (a story being told by one character to another while we are actually seeing it). It’s an interesting technique that TV shows have started using more now (like The Walking Dead and Pokémon) and hopefully we’ll see more TV shows using this approach soon. When it works well it works really well.

The ending of the flashback shows Bunnelby following Clemont and Bonnie, who ask Bunnelby if it wants to join them. Bunnelby does and Clemont catches Bunnelby, leading to my favourite moment of the whole episode. Clemont releases Bunnelby straight out of its Pokéball and begins sobbing heavily in happiness that Bunnelby decided to join them. I genuinely tried to be sad but it was too funny! 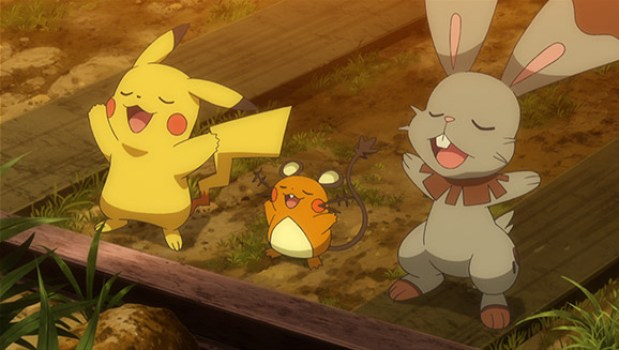 In my opinion, this was another excellent episode of Pokémon XY. I really liked the decision of the writers to reveal how Clemont and Bonnie met Bunnelby and how it decided to join them. The story-line was interesting and the narrative structure of the episode was an interesting choice. The scene where Clemont cries in joy after Bunnelby joins them is one of the funniest scenes in the show.

*The opinions in this article are of those of the writer and do not represent the views of all of the Everything Geek Podcast staff*.