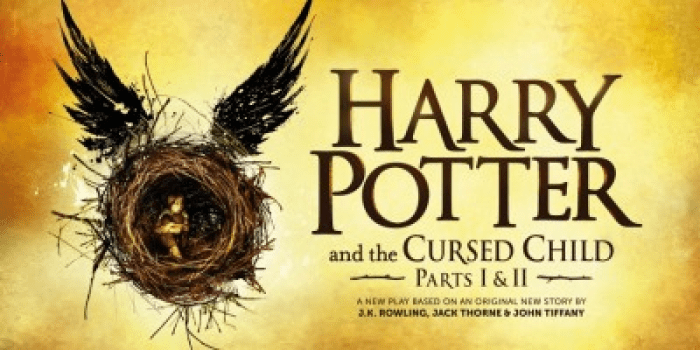 The official synopsis for the Harry Potter and the Cursed Child two-part play has been released by Pottermore.

The synopsis reads as follows:

“It was always difficult being Harry Potter and it isn’t much easier now that he is an overworked employee of the Ministry of Magic, a husband and father of three school-age children.

While Harry grapples with a past that refuses to stay where it belongs, his youngest son Albus must struggle with the weight of a family legacy he never wanted. As past and present fuse ominously, both father and son learn the uncomfortable truth: sometimes, darkness comes from unexpected places.”

The synopsis reveals that the play is the official eighth part of the Harry Potter saga.

Thoughts on the synopsis?