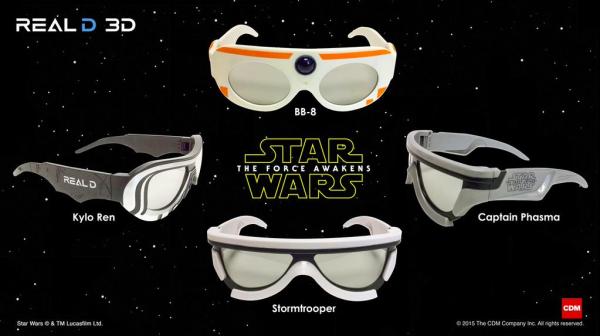 Are you planning to see Star Wars Episode VII: The Force Awakens in 3D? If so, we’ve got some good news for you!

Star Wars Episode VII: The Force Awakens will be released on December 17th in the UK, while still having its December 18th release date in the United States.

Thoughts on the character themed glasses? What are you most looking forward to seeing in The Force Awakens?