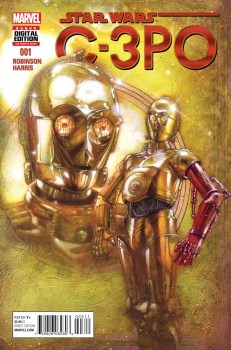 A lot more attention has been paid to the Star Wars comics since Marvel started working on Star Wars comics again, and the announcement that comics (as well as everything else) released would be part of the official canon. There are currently several great Star Wars comic series being released.

While this one may not be a full series, an exciting standalone Star Wars comic issue has been announced.

The standalone C-3PO comic will be released in December, the same month as The Force Awakens.

Thoughts on this announcement? Are you planning to read this C-3PO comic?