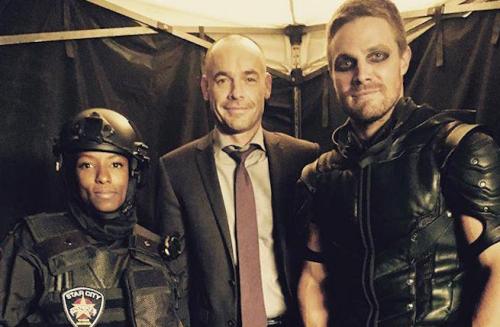 The first at Rutina Wesley as Liza Warner/Lady Cop in Arrow Season 4 has been revealed.

The first look was revealed by main cast member Paul Blackthorne who released an image on Instagram.

In the comics, Liza Warner is a member of the anti-vigilante task force who was known in the comics as “Lady Cop.” It is suspected she will take on this alias in the show as well.

Thoughts on this first look? Are you excited to see Rutina Wesley’s Lady Cop in action on Arrow?