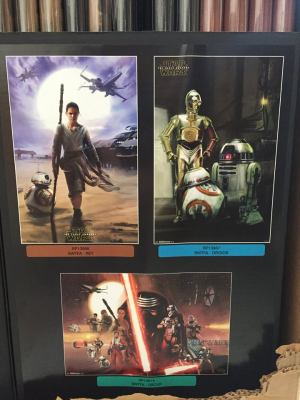 A trio of new Star Wars Episode VII: The Force Awakens posters have been discovered.

The posters were discovered at a Walmart store in the USA.

Thoughts on the posters? Which one is your favourite?