On the next LIVE guest interview from the Everything Geek Podcast which will take place tomorrow we’ll be interviewing actor/writer/editor/director/producer/production assistant Alexander Ray! Alexander is best known for playing a Dark Trooper in The Mandalorian. His other notable roles include Bradley Miller in Dragnet of Spies, Dragnet of Spies: Germs and Dragnet of Spies: The Floating Head, Rooftop Thug in Red Venom Kills, Young Cop in West Bloomfield, Tiki in Vanished, Peep Eater in Peeps Revenge, Tsunami Man in The Heart of My Mystery, a Makeup Artist in Mank and a Pedestrian in The Citizen. Alexander’s behind the scenes works include Additional Production Assistant: Detroit on Batman v Superman: Dawn of Justice and Transformers: Age of Extinction, a Writer, Editor, Director and Producer on Dragnet of Spies, a Writer, Editor and Director on The Heart of My Mystery, Vanished, Dating a Siamese Twin, The Ventriloquist and the Dummy, Fairy Forest and The Treasure Hunt, a Writer on Peeps Revenge, a Production Assistant on Misled and Detention of the Dead and a Sound Recordist on Red Venom Kills. We’ll be taking YOUR questions for Alexander as well, so if you have any questions for Alexander on any of his roles/works, please leave them in the comments or call-in when we look for questions or call-ins from our listeners on Channel1138! Alexander’s full list of credits can be found here:
Alexander’s Credits
Our Live Website 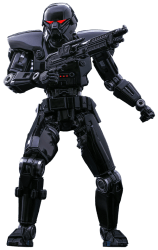