Everything Geek Podcast: A Look Ahead At Our 2021 Plans 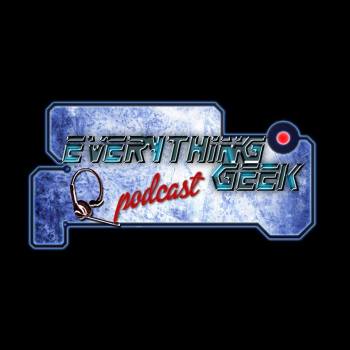 I hope you’re all well, staying safe and that you’ve been having a great holiday. 2020 was a crazy year for everyone so hopefully 2021 is an improvement. Before 2021 begins I wanted to do my yearly looking ahead post to some of our plans for the new year- in this case 2021.

Before I talk about some of our 2021 plans I wanted to thank all of you for your support this year. 2020 was a pretty crazy year all round but your continued support, or new support if you found out about us this year, has always been much appreciated and we love doing the podcast and seeing your reactions especially to our interviews. June marks eight years of our Everything Geek Podcast and it’s incredible to us that we’ve been doing the podcast for so long. We wouldn’t still be here without your support so thanks for your support, following us and for listening to the podcast. We’re looking forward to bringing you a lot more great interviews and other content in 2021.

Also, I wanted to apologise for there being a lot of silence from the podcast in both July and December this year. Unfortunately I lost two family members this year, one in July and one in December, which is why we were very quiet during those months as I needed personal time for myself and why we weren’t doing much those two months. 2020 was a challenging year for everyone and it was no different for me. Hopefully 2021 will be better for everyone. I’m looking forward to regularly producing new content for EGP, interviews and more, in the new year.

As you know if you’ve been following EGP a while the thing we enjoy doing most is interviewing cast and crew members from films, TV shows and video-games. 2020 was an interesting and challenging year for interviewing as because of the COVID-19 pandemic a lot of TV shows had to be put on hold/have their seasons end early and releases of films postponed for a while. From an interviewer perspective a lot of big names only do publicity when they have something to promote (film, TV show etc) so with so many things being delayed or put on hold it made getting some big interviews challenging. We did do a lot of great interviews in 2020 but hopefully with a lot of films coming out and TV shows airing new episodes in 2021 hopefully next year is a lot bigger for us. We’re certainly looking forward to a lot of the film, TV and video-game releases coming in 2021 and bringing you interviews from them.

Interviewing cast and crew members from films, TV shows and video-games is one of the things we do most regularly and it’s personally what I enjoy doing most on EGP. I think it’s fascinating to talk to cast and crew members (regardless of how big or small their role was) about working on a project or projects that I’m a big fan of. Confirming and announcing new guests for the podcast is very time consuming but very much worth it when we get to interview them and when we get your feedback on the interviews. Feedback is one of the most important things for us regardless of whether it’s positive or negative as we do look to improve our show and get more exciting interviews from a variety of different media. We’ve got a lot of fantastic guests confirmed that we’re looking forward to announcing and interviewing.

That said we did have a lot of great interviews in 2020 that I loved doing. Some of the interview highlights for me this year were our interviews with Emily Swallow (The Mandalorian and Supernatural), Henry Simmons (Marvel’s Agents of S.H.I.E.L.D.), Rena Owen (Star Wars and Siren), Elizabeth Grullon (Star Wars Jedi: Fallen Order), Kid Beyond (Star Wars: Republic Commando and The Walking Dead Telltale Game), Piotr Michael (Call of Duty: Black Ops Cold War and Call of Duty: Black Ops 4), Reggie Watkins (Call of Duty: Black Ops Cold War), Megan MacPhee (Yu-Gi-Oh! VRAINS), Justin Badger (Yu-Gi-Oh! 5D’s, ZEXAL and Duel Links), Liza Kaplan (Yu-Gi-Oh! GX and Duel Links), Colby Hollman (Fear The Walking Dead) and Sherri Chung (Batwoman and Riverdale composer). Every guest that was on EGP this year though was very kind and fantastic to interview. I want to thank everyone that was a guest on the podcast this year as we really enjoyed talking to all of you and really appreciate that you joined us on the podcast. We hope to talk to you again sometime.

Of course we’ll also be doing interviews with guests from lots of other media as well. We already have our first two interviews of 2021 confirmed and scheduled. More details on these two interviews coming soon.

We’re hoping that 2021 will be one of the biggest if not the biggest years for EGP so far. Thanks, as always, for your continued support and I look forward to bringing a lot more fantastic Everything Geek Podcast content next year.

Ruari Williamson, Founder of the Everything Geek Podcast.