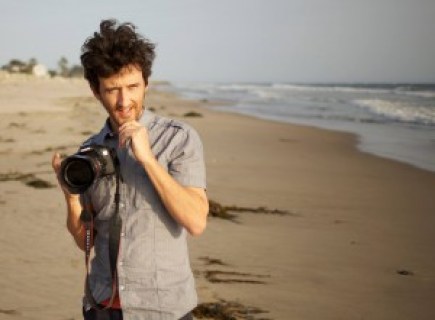 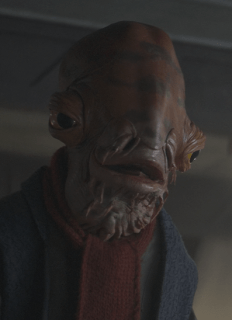 On the next LIVE guest interview from the Everything Geek Podcast which will take place tomorrow we’ll be interviewing director/producer/editor/actor/musician/writer/cinematographer/composer Norwood Cheek! Norwood is best known for playing the Mon Calamari Server in The Mandalorian. His other notable roles include Tourist Husband in Ant-Man and the Wasp, Speck, Drew, Dave, Rocker and Middle School Kid in King of the Hill, Guy on Bench in May, Theater Usher #2 in The Good Humor Man, Vampire Ticket Seller in Judy Moody and the Not Bummer Summer, Self/The Shocker in Oh, You Lock Music and Pippin in Homemade Movies. Norwood’s filmmaking credits include Producer and Editor on Outback & Under, Director, Producer, Editor and Cinematographer on Survivor: Life at Ponderosa, Director, Writer, Producer, Editor, Composer and Cinematographer on I Dreamed and Bluebird, Producer, Writer, Editor and Cinematographer on Oh, You Lock Music, Director and Producer on Squirrel Nut Zippers: Hell, Director on Squirrel Nut Zippers: Put A Lid On It and Squirrel Nut Zippers: Bedlam Ballroom Live, Producer on Fear Force Five, Extract: Mike Judge’s Secret Recipe, Aliens in the Attic: The Ashley Encounters, Aliens in the Attic: Meet the Zirkonians and Aliens in the Attic: Lights, Camera, Aliens, Story Producer on Nanny 911, Supervising Producer, Editor and Composer on It Feels Evil, Director on Good vs Evil, Editor on The Lowe Files, RuPaul’s Drag Race All Stars, The Profit, Beavis and Butt-Head and Shaq Life, Field Producer on Jim Carrey: Extreme Yes Man, Field Producer, Co-Producer and Camera Operator on HBO First Look, Music Video Supervisor on Drive Me Crazy, Writer of the song “Tilting Scale” on Ant-Man and the Wasp, Writer of the song “Lazer Gun” on Yes Man, Writer of the song “TELL ME SOMETHING” on Bring It On, Composer of the song “Open the Door” on Bandwagon and Production Assistant on The Handmaid’s Tale. We’ll be taking YOUR questions for Norwood as well, so if you have any questions for Norwood on any of his works/roles, please leave them in the comments or call-in when we look for questions or call-ins from our listeners on Channel1138! Norwood’s full list of credits can be found here:
Norwood’s Credits
Our Live Website