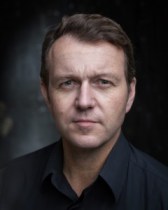 On the next LIVE guest interview from the Everything Geek Podcast which will take place tomorrow we’ll be interviewing actor/producer/director Tim Beckmann! Tim is best known for playing Captain Raymus Antilles in Rogue One: A Star Wars Story. His other notable roles include Jim Corbijn in MindJack, Dandelion in The Witcher video-game, Principal Mosely in iZombie, Walt in Hanna, Jim in Foster, Jim in Swinging with the Finkels, Captain Rawlings in Midway, Joe Ferro in The Division, Quotterbatt in Rhodan: Myth of the Illochim, Constructor in WorldShift, Brageld, Brom and Studious Palas in Horizon Zero Dawn, David Munshi in Soma, McChronicle in Deponia Doomsday, CELL THREE in Crysis 3, Assil in Ankh 3: Battle of the Gods, Cassio in Gladiators of Rome, President’s Aide #1 in Hyde Park on Hudson, Lt. Robert Maynard in DC’s Legends of Tomorrow, Father Davis in Supernatural and Liam’s Father in The Good Doctor. Tim also did additional voices on Star Wars: Battlefront, Alien: Isolation, Lego Ninjago: Nindroids, Killzone: Mercenary, Killzone 2, Company of Heroes 2, Lego City Undercover, Syndicate, Kinect Sports and Quantum Break. Tim was also a co-producer on The Hide. We’ll be taking YOUR questions for Tim as well, so if you have any questions for Tim on any of his roles, please leave them in the comments or call-in when we look for questions or call-ins from our listeners on Channel1138! Tim’s full list of credits can be found here:
Tim’s Credits
Our Live Website 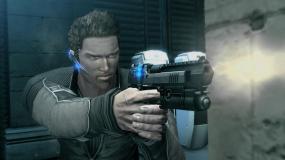