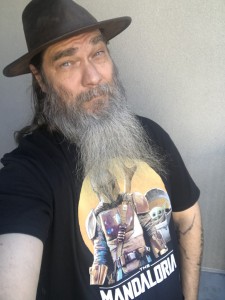 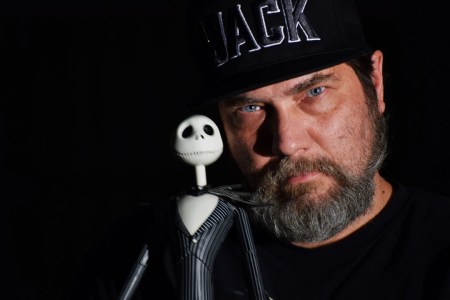 On the next LIVE guest interview from the Everything Geek Podcast which will take place tomorrow we’ll be interviewing actor/producer Jude S. Walko! Jude is best known for playing a Human Bounty Hunter in The Mandalorian. His other notable roles include GD Operative in Adventure Force 5, Himself, Tian Tian the Snow Panda and Gollum in Hobro Vlogs, Captain Joe in Vishwaroopam and Vishwaroop 2, Cody in Black Beauty, Tech Nerd in Breakout, The Vicar of Borley in The Incantation, Priest-4-Hire in The Lazarus Papers, Bouncer in Saving Zoë, Temptations Bartender in Siren, Druggie in House of the Rising Sun and a Carnival Goer in Mighty Morphin Power Rangers. Jude’s behind the scenes works include producer on Adventure Force 5, Lifeline, Vishwaroopam, Vishwaroop 2, Siren, Breakout, House of the Rising Sun and The Lazarus Papers, co-producer on Saving Zoë, executive producer on Hobro Vlogs, Black Beauty and Rush: Inspired by Battlefield, coordinating producer on Epic Meal Empire, first assistant director on Breakout, Vishwaroopam and Vishwaroop 2 and director and writer on The Incantation and Hobro Vlogs. We’ll be taking YOUR questions for Jude as well, so if you have any questions for Jude on any of his roles, please leave them in the comments or call-in when we look for questions or call-ins from our listeners on Channel1138! Jude’s full list of credits can be found here:
Jude’s Credits
Our Live Website