New Interview Now Up On Our YouTube Channel- Patrick Gilmore 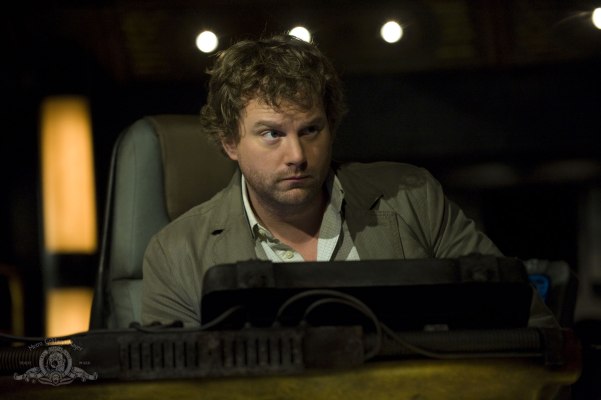 Our interview with actor Patrick Gilmore is now up on our YouTube channel!

“Join host Ruari in this special guest interview with actor Patrick Gilmore, best known for playing Dale Volker in SGU Stargate Universe, David Mailer in Travelers, Shaun in You Me Her, Tom Drexler in The Killing, Erlich Kelso in Arrow, Roger in The Confirmation, Werewolf Wrangler in The Cabin in the Woods, Ark Communications Officer in 2012, Rafferty in Battlestar Galactica, Ken Watson in Supernatural, Rex in Continuum, Researcher in Smallville, Bernie Ackerman in Stargate SG-1 and Genii Soldier #1 in Stargate: Atlantis. In the interview they talk about how Patrick got into acting, how Patrick was originally cast as Dale Volker in Stargate Universe, how much Patrick was told about the character when he was cast, whether Patrick thinks his work on SG-1 and Atlantis helped him land the role of Dale Volker, how Patrick found out that Stargate Universe would not be picked up for a third season, Patrick’s favourite episode of Stargate Universe, what Patrick was told about the character of David Mailer when he was originally cast in Travelers, Patrick’s favourite scene to shoot on Travelers from the episodes that have aired so far, Patrick talks about what fans of Travelers can look forward to in the upcoming episodes of the show, the role that Patrick considers to have been the most challenging in his career so far and Patrick’s upcoming acting roles and other projects.”