New Interview Now Up On Our YouTube Channel- Veronica Taylor 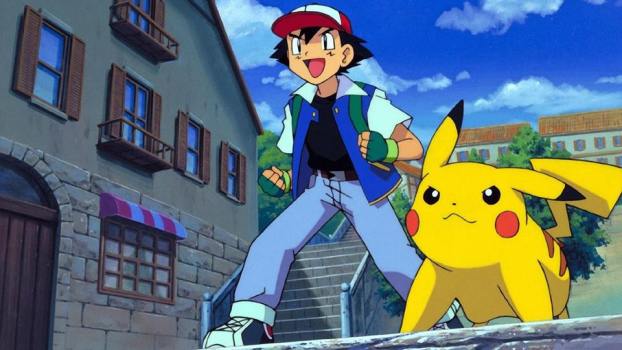 Our interview with actress Veronica Taylor is now up on our YouTube channel!

“Join host Ruari in this special guest interview with actress Veronica Taylor, best known as the original voice of Ash Ketchum, May and Delia Ketchum in Pokémon and the voice of April O’Neill in multiple Teenage Mutant Ninja Turtles projects including Teenage Mutant Ninja Turtles (2003-2009), Turtles Forever, Teenage Mutant Ninja Turtles: Smash-Up, Teenage Mutant Ninja Turtles: Turtles in Time Re-Shelled and Teenage Mutant Ninja Turtles 3: Mutant Nightmare, Carly Carmine, Ancient Fairy Dragon and Haluna in Yu-Gi-Oh! 5D’s, the second voice of Fonda Fontaine and the voices of Crystal Beast Amethyst Cat, Dark Scorpion – Meanae the Thorn and Princess Rose in Yu-Gi-Oh! GX, Amelia in Slayers Evolution-R and Slayers Try, Nico Robin in multiple One Piece projects, Setsuna Meioh in multiple Sailor Moon projects, Scarlett in G.I. Joe: Sigma 6, Cynthia Graham in L.A. Noire, Kenta and Chris in Yu-Gi-Oh!, Jen, Ponta, and Meredith in Yu-Gi-Oh! Zexal and Hun in Pokémon Chronicles. In the interview they talk about how Veronica decided she wanted to become a voice actress, how Veronica was originally cast as Ash Ketchum in Pokémon, whether Veronica expected that Pokémon would end up becoming one of the most popular anime’s in the world, what Veronica liked about Ash when she was cast in the role, why Veronica thinks that Ash is liked so much by younger fans, Veronica describes the recording process when voicing both Ash and May, Veronica’s highlights of voicing Ash, May and Delia on Pokémon, how Veronica found out that she and the rest of the original main cast members on Pokémon were going to be replaced, whether Veronica has been asked to reprise the role of Ash in the new Pokémon film, the role that Veronica has found to be the most challenging in her career so far and Veronica’s upcoming acting roles and other projects.”