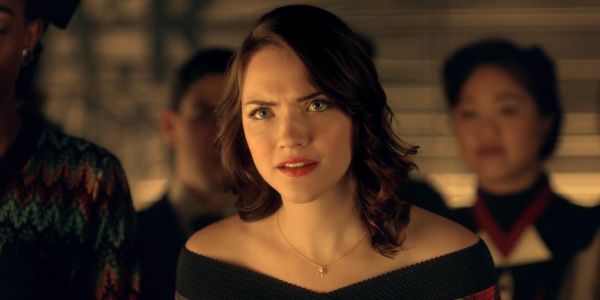 Ever since Jesse Quick (Violett Beane) and Wally West (Keiynan Lonsdale) were introduced to each other in last season’s episode “Trajectory”, fans of The CW’s popular  series The Flash have speculated that the two characters could become more than friends. In our recent interview with Beane we asked her how she would describe the feelings Jesse has for Wally.

“I definitely think that there’s a little something there. I think they were getting somewhere last season and then they [Jesse and Harrison Wells] went back home. I think you’re going to see a little bit of that in the next episode for sure. The next episode’s going to be a big one.”

Jesse and Wally were re-acquainted in last week’s episode “Magenta” and it sounds like the next episode will give both characters more screen-time with each other.

The Flash airs on The CW on Tuesdays at 8/7c.

Thoughts on this report? What developments are you hoping to see in Jesse and Wally’s relationship in The Flash?

You can listen to our full interview with Violett Beane here: