New Interview Now Up On Our YouTube Channel- Drew Powell 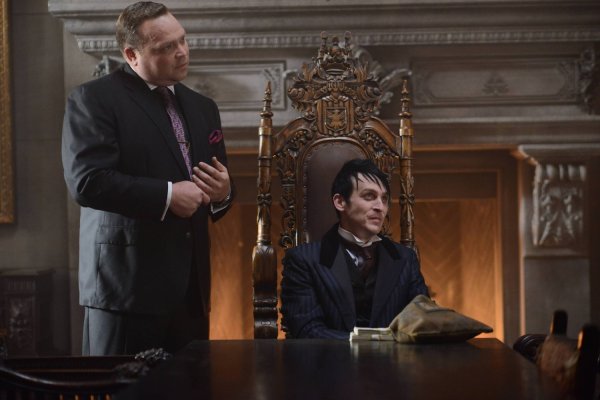 Our interview with actor Drew Powell is now up on our YouTube channel!

“Join host Ruari in this special guest interview with actor Drew Powell, best known for playing Butch Gilzean in Gotham, Eric ‘Hoss’ Cartwright in Ponderosa, Cadet Drew in Malcolm in the Middle, Bic in Straw Dogs, Pierson in Touchback, Bob in Camp Hell, Joe in The Marine, Reede Smith in The Mentalist, CMS Fishman in Reparation, Merrick in Message from the King, Bud in Man Jam, Coach Harry Chandler in Twisted and Officer Merkel in Southland. In the interview they talk about how Drew decided he wanted to become an actor, the episode of Gotham that Drew found the most challenging to film so far, whether Drew had a feeling that the scene where Butch blows Theo Galavan up with a bazooka would become as popular as it has when he shot it, whether Drew has enjoyed getting to develop Butch’s character over the course of Gotham so far, Drew’s opinion on Butch’s reaction to seeing Fish Mooney alive, Drew comments on the upcoming friendship triangle between Butch, Penguin and Nygma in the third season and Drew’s upcoming acting roles and other projects.”