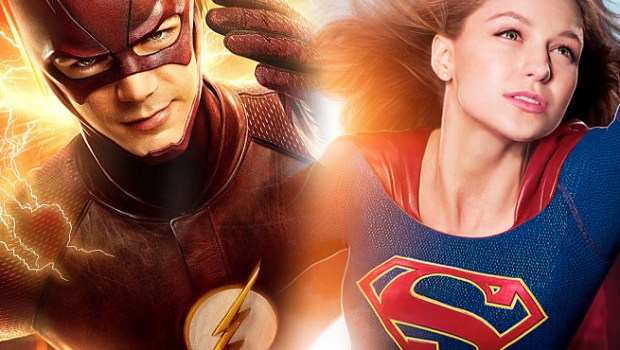 The CW’s hit TV shows The Flash and Supergirl will be having another crossover soon. However, this crossover (not connected to the larger crossover also planned with Arrow and DC’s Legends of Tomorrow) will be a two-part musical crossover episode starring former Glee cast members Grant Gustin (The Flash) and Melissa Benoist (Supergirl).

The announcement was made at the TCA presentation for The CW recently. The announcement opened their DC TV shows panel in a strong fashion. It was mentioned that the crossover will include one episode of both shows and that the bulk of the music used in the episode will be “pre-existing songs”. However, the crew also stated that they’re looking into writing one original song for each episode.

“So many times it’s a musical episode off the set. On all of the shows we like to use all of the actors’ talents.”

Berlanti also teased that there will “probably be an element of the songs being in the characters’ heads” rather than them being a significant plot point. He also hinted that he’d like to bring in some of the cast from Arrow and DC’s Legends of Tomorrow for a musical number as well.

Thoughts on this news? Are you excited or cautious about The Flash and Supergirl musical crossover?