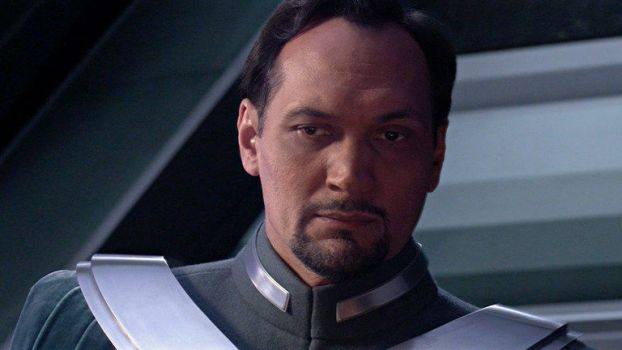 The behind the scenes sizzle reel for Rogue One: A Star Wars Story released at Star Wars Celebration Europe last month excited many fans of the franchise. Since its release fans have been speculation about what may have been hidden among the footage. One such speculation was fans claiming that Senator Bail Organa appears at 1:04 in the reel (the slightly visible character just to the left of the camera as can be seen below).

Jimmy Smits, who played Bail Organa in Attack of the Clones (2002) and Revenge of the Sith (2005), recently appeared on the daytime talk show The Talk. The hosts brought up the topic of Star Wars (including showing him the above image) and asked him for more information. Smits responded:

You can watch this segment from the interview below:

Thoughts on this news? Are you looking forward to seeing Jimmy Smits as Bail Organa again in Rogue One: A Star Wars Story?