Rumour- The Wolverine 3 to be Titled Weapon X Weapon X is rumoured to be the title of Hugh Jackman’s final Wolverine movie.

The source behind the rumour indicates that the title, along with the first footage and a poster from the film, will be revealed at San Diego Comic-Con next month.

The Weapon X Wolverine recently appeared in X-Men: Apocalypse. Given that the post-credits scene from Apocalypse showed the Essex Corporation gathering the project’s data it seemed natural that the scene would tie into next years’ Wolverine film in some way. A mad scientist and a corporate executive will be the main villains of the film, both of which are suited to a film surrounding the dodgy government organization.

The Wolverine 3 is scheduled for release on March 3rd, 2017.

Thoughts on this rumour? Are you looking forward to the release of The Wolverine 3? 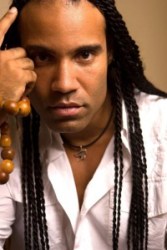 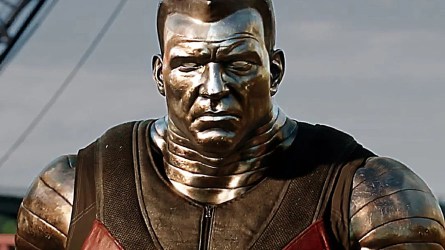 The Everything Geek Podcast is DELIGHTED to announce that actor T.J. Storm is the next actor we’re confirming for a celebrity guest interview on the podcast!

T.J. is best-known for the Performance/Motion Capture of Colossus in the Deadpool movie and Previsual Motion Reference as Godzilla for Godzilla (2014). His other notable roles include the voice of Josh Stone in Resident Evil 5, Brad Garrison in Dead Rising, Remy Neltz in Battlefield Hardline, Mason in Army of Two: The Devil’s Cartel, Craig Marduk in Street Fighter X Tekken, Tekken Tag Tournament 2 and Tekken 6, Agnus in Devil May Cry 4, Birdie in Street Fighter V (English Version), played Bayu in Conan, Maginty in Punisher: War Zone, Doom Master in V.R. Troopers, Klingon Agitator in Star Trek, Col. Quaritch’s Mech Suit in Avatar, Guest Fighter in Mortal Kombat, Coach Laurent Kaine in The Martial Arts Kid, Rick in The Ultimate Game, Manasa in The Bold and the Beautiful, Pettigrew Montgomery in Doomsdayer, Fullock in Dragon Fury, Mickey in Breathing Fire, Josef in The Wrecking Crew, Strongman in BloodRayne, Cinque in Corrupt and Lenkoff in Martial Law. He was also a Motion Capture Actor on Green Lantern, TRON: Legacy, Fight Choreographer on The Ultimate Game and did stunts on Banshee and Tomb Raider (2013).

We’re looking forward to chatting with and interviewing T.J. on the podcast. If you have any questions for T.J., please feel free to leave them in the comments. We’ll make sure to post updates once a date is confirmed for T.J. to be on the podcast. 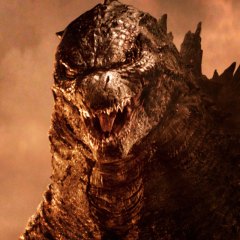 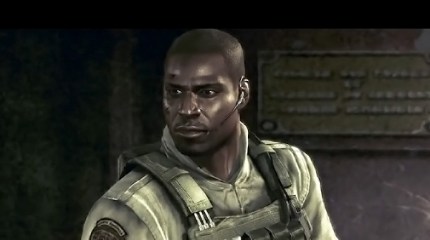 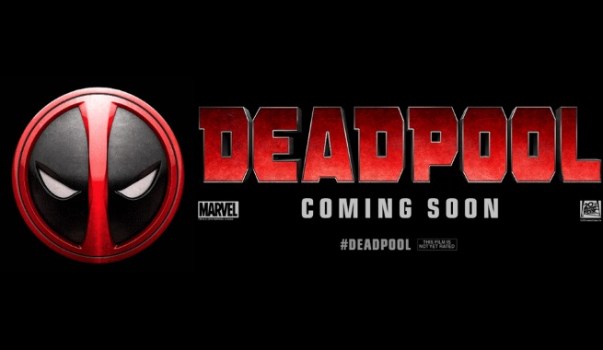 Getting back to our guest announcements and tomorrow we’ll be announcing our second guest from this years’ Deadpool movie!

We’ll be announcing another of the actors that helped bring the character Colossus to life for the film. This guest has worked on a variety of projects ranging from movies to TV shows and video-games.

I’m looking forward to revealing who this guest is! 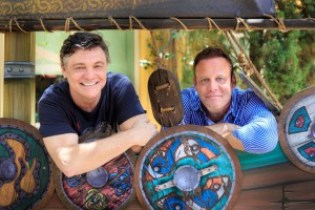 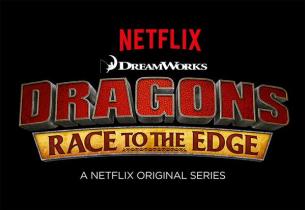 Telltale Games, Warner Bros. Interactive Entertainment and DC Entertainment recently revealed the first look at their upcoming Batman: The Telltale Series video-game. The first images from the game were accompanied by the reveal of several cast members and the characters they’re voicing in the game.

Additional cast and characters will be revealed as the season progresses.

Much like The Wolf Among Us, Batman: The Telltale Series is rendered to look like a living and breathing comic book.

Batman: The Telltale Series is set to premiere this summer.

Thoughts on the cast announcement and the first images? Are you looking forward to playing Batman: The Telltale Series? 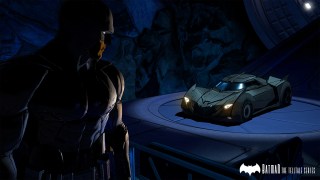 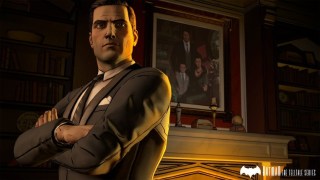 EA Releases “A Look Ahead” Video for Star Wars Video-Games 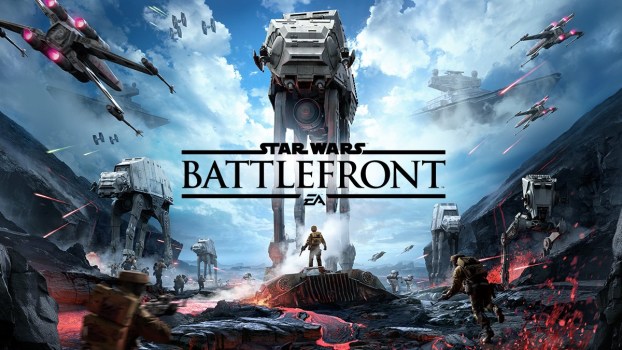 Electronic Arts (EA) released a look ahead video for Star Wars fans in advance of the E3 video game convention during the week. The video teased upcoming content for Star Wars: Battlefront and more games that will be coming out soon.

Jade Raymond of EA announced that DICE would be joined by Motive Studios on the Star Wars: Battlefront sequel to include new content from the new films. Raymond also teased that Respawn would be delving into a whole “new era” of Star Wars in their upcoming video-game.

You can watch the video below:

Thoughts on the video? Are you looking forward to the future of EA’s Star Wars video-games? 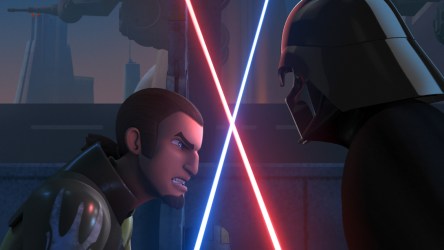 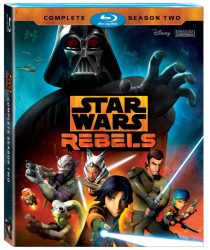 Lucasfilm has announced that the Blu-ray and DVD for the second season of Star Wars: Rebels will be released on August 30th, 2016.

Lucasfilm also released the synopsis of the second season in the announcement:

“Amid growing Imperial oppression on Lothal, the rebels are forced to seek out new allies throughout the galaxy and additional resources to sustain their fight against the Empire. With the help of Ahsoka Tano, the crew of the ‘Ghost’ bands together with a secret rebel cell and ex-soldiers from the Clone Wars to join a fledgling alliance to restore peace and freedom to the galaxy against new  imperial Inquisitors and Darth Vader himself.”

They also announced both the Blu-ray and DVD sets will come with special features. The features are as follows:

From Apprentice to Adversary: Vader vs. Ahsoka (Exclusive to Blu-Ray) – Executive Producer Dave Filoni reflects on the climatic ending of the season, when Ahsoka Tano finally confronts Darth Vader in a long-awaited, fierce, and epic lightsaber battle.

All DVD Bonus (see above)

Thoughts on this news? Are you going to buy the second season of Star Wars: Rebels on Blu-ray or DVD? 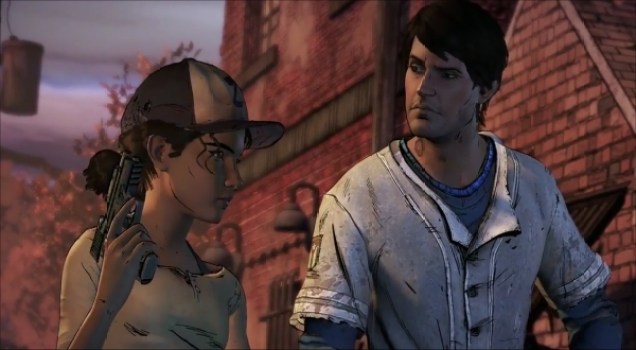 The first sneak peek at the third season of Telltale Games’ The Walking Dead series was revealed at E3 during the week.

You can watch the sneak peek below:

“So what CAN we say about this upcoming season? For a start, who’s that guy with Clementine? His name is Javier. Yes, Clem returns and will play a key role, but this is a new story as much as it is a continuation of Seasons One and Two. Players completely new to the Telltale series will be able to jump right in without feeling lost at all, and those familiar with previous seasons will perhaps find some even deeper meaning, as we’ll be working to ensure save file decisions will carry over from the last two games if you’ve played them in the past.

When it comes to Clementine, players’ relationships with her have very much evolved over the course of Seasons One and Two. In Season One, it was all about playing a more paternal role and helping a little girl find her feet and the courage to survive in a world gone to hell. Season Two was about Clementine developing her skills and becoming more independent of the people around her. In this next season, she’s in her early teens, and has grown to be a person who is clearly capable of handling herself – someone very much on the same level as Javier, a fellow survivor who has been through hell, and has managed to remain alive as long as Clem.

Clem has also been through a lot since we left her at the end of Season Two… and depending on the paths players may have taken with her in the past, she may or may not be exactly the same person we knew back then. You’ll play as both Javier and Clementine through the course of the season, but exactly how that works is one of the exciting details we’re not quite yet ready to reveal.”

The third season of Telltale Games’ The Walking Dead will premiere later this year.

Thoughts on the sneak peek? Are you looking forward to the third season of Telltale Games’ The Walking Dead? Marvel and Insomniac Games revealed at E3 during the week that they worked together on a Spider-Man game exclusively for PlayStation 4. A teaser trailer for the game was released at E3.

You can watch the teaser trailer below:

Marvel Entertainment also answered some questions related to the game. The questions and their responses are below:

Why Spider-Man? “Because when Stan Lee and Steve Ditko created Peter Parker, they broke the mold of what a Super Hero could be and set the bar by which all others would be judged. And that’s exactly what we plan to do with this game: break the mold and set a new bar of greatness for Marvel Games!”

Why Insomniac? “Insomniac is a perfect match for Spider-Man because not only are they world class game developers that make phenomenal story-driven experiences, but they also craft games bursting with personality, humor and most importantly: fun…just like Spidey!”

Why PlayStation? “The PlayStation 4 is one of the most exciting gaming platforms ever! But not only have they created a great gaming console, they also have an amazing line-up of first party titles and a community of the most passionate players that we are thrilled to join.”

“Starring the world’s most iconic Super Hero, Spider-Man PS4 (working title) features the acrobatic abilities, improvisation and web-slinging that the wall-crawler is famous for, while also introducing elements never-before-seen in a Spider-Man game. From traversing with parkour and utilizing the environment, to new combat and blockbuster set pieces, it’s Spider-Man unlike any you’ve played before.

Marvel and Insomniac Games have teamed up to create a brand-new and authentic Spider-Man story. This isn’t the Spider-Man you’ve met before, or seen in a movie. This is an experienced Peter Parker who’s more masterful at fighting big crime in New York City. At the same time he’s struggling to balance his chaotic personal life and career while the fate of nine million New Yorkers rests upon his shoulders.”

No official release date for the game has been announced.

Thoughts on the trailer? Are you looking forward to playing this new Spider-Man video-game?