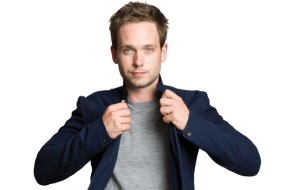 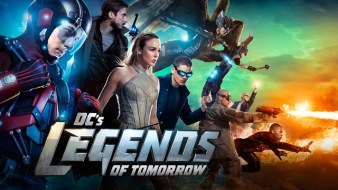 Patrick J. Adams (Suits, Weather Girl, Old School) has been cast as a mystery DC Comics character in the first season finale of Legends of Tomorrow.

Adams is reportedly playing a “fun character the fans will love.”

Adams’ debut as the mystery character will come in the Season 1 finale episode “Legendary”, before returning for the Season 2 premiere. He may also appear in further episodes down the line.

Thoughts on this casting? Who do you think the mystery character is?

Following the Star Wars: Rebels Season 2 finale episode “Twilight of the Apprentice”, Star Wars fans have been left wondering where the story of fan-favourite character Ahsoka Tano lies next. While we won’t get those answers right away, a new novel has been announced (titled “Ahsoka”) that will tell her story from leaving the Jedi Order in Star Wars: The Clone Wars to becoming “Fulcrum” in Star Wars: Rebels.

A description of the novel from Disney and Lucasfilm can be read below:

“Ahsoka Tano, fan favorite character from Star Wars: The Clone Wars and Star Wars Rebels, will be the star of her own young adult novel from Disney Lucasfilm Press this October 11, 2016! Fans have long wondered what happened to Ahsoka after she left the Jedi Order near the end of the Clone Wars, and before she re-appeared as the mysterious Rebel operative Fulcrum in Rebels. Finally, her story will begin to be told. Following her experiences with the Jedi and the devastation of Order 66, Ahsoka is unsure she can be part of a larger whole ever again. But her desire to fight the evils of the Empire and protect those who need it will lead her right to Bail Organa, and the Rebel Alliance….”

The novel will be written by E.K. Johnston (author of A Thousand Nights) and is scheduled for release on October 11th.

Rebels Executive Producer and The Clone Wars Supervising Director Dave Filoni is quoted as saying the following on the novel:

“Ahsoka has a long history, and there is much more to it than the fans know. I have always worked on her story, even parts that I know we will probably never see on screen. By broadening her story from the animated series to the written page, I feel we have a real opportunity to provide fans with details about her character that they would not know otherwise. We are also responding to the strong fan support that we have seen Ahsoka receive over the last eight years. The fans want more Ahsoka and we are going to give it to you, and since I’ve been there since the beginning I am dedicated to working with publishing to help make this book as authentic a part of her story as if we filmed it for the series.”

Thoughts on this news? Are you looking forward to reading this Ahsoka Tano novel? Composer Kevin Kiner, who composed the scores for both shows, confirmed recently at Wondercon in Los Angeles that Star Wars fans will be able to enjoy the Rebels tunes in soundtrack form soon.

It was only after Star Wars: The Clone Wars ended that a soundtrack was released for that series, so it’s great to hear that a Rebels soundtrack is being released while the show is still on-air. This means it’s possible we could get another Rebels soundtrack down the line.

Thoughts on this report? Are you looking forward to being able to enjoy the Star Wars: Rebels soundtracks on their own? 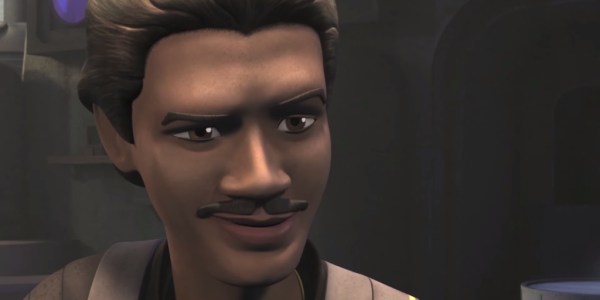 Billy Dee Williams (Lando Calrrisian) has confirmed that he will be returning as Lando again for at least two episodes in the third season of Disney XD’s animated series Star Wars: Rebels.

Williams originally played the character on-screen in the Star Wars films The Empire Strikes Back (1980) and Return of the Jedi (1983). He has returned to voice Lando twice on Rebels- in the first season episode “Idiot’s Array” and the second season premiere episode “The Siege of Lothal”.

Williams spoke to Sander De Lange and Jelle Kuipers of Teekay-421 at the recent Dutch Comic Con where he confirmed this, also mentioning that he would be recording both episodes within the next two weeks.

The third season of Star Wars: Rebels will begin airing later this year.

Thoughts on this news? Are you excited to see more of Lando Calrissian in Star Wars: Rebels Season 3?